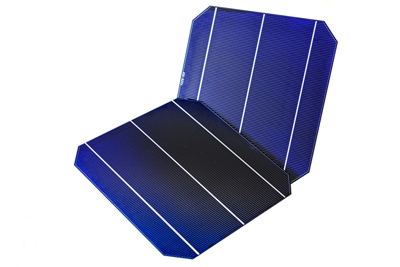 French oil giant Total has extended its research collaboration with the IMEC electronics development center in Belgium, with a view to developing photovoltaic panels that deliver greater energy output.

Reckoned by Forbes magazine to be the world’s 13th-largest oil producer, with an output equivalent to 2.5 million barrels per day, Total has been working with IMEC since 2009, when it joined the high-tech research center’s industrial affiliation program (IIAP) on next-generation crystalline silicon solar cells.

The extended agreement will see the partners attempt to significantly boost the output of PV panels by developing more efficient cells and techniques to predict weather conditions more accurately.

IMEC’s multi-partner affiliation program brings together several companies at various points in the value chain of solar cell manufacturing. Researchers from Total, which owns a majority share of the US-based PV systems firm SunPower and announced in September 2015 that it planned to invest $500 million every year in renewable energy (including biofuels as well as solar), will collaborate on n-type crystalline silicon cells with the solar team at IMEC.

Key goals
One key goal is to reach a conversion efficiency of 23 per cent with state-of-the-art bifacial cells, building on the current best of 22.5 per cent set by IMEC last year.

Novel low-cost module interconnection concepts are also on the agenda, as well as “smart” modules and techniques capable of predicting the energy production from solar cell modules under varying weather conditions more accurately.

All of the work is geared towards increasing PV panel output to further reduce the cost of solar electricity. So far, most of the dramatic reduction in PV generating costs have resulted from economies of scale in cell production, but now the emphasis has shifted towards technological improvements to cells, modules, systems, and even business models.

Rudi Cartuyvels, executive VP of smart systems and energy technology at IMEC, commented: “Investing in R&D and innovation is crucial for companies to prepare for the future and to stay ahead of the competition in a challenging environment such as the PV market.”

Back in 2011, Total made a $1.4 billion investment to acquire 60 per cent of San Jose-based SunPower. Since then the company has deployed thousands of megawatts of PV power, and in an investor presentation last November its executive team forecast that annual production would ramp from around 1.2 GW in 2015 to nearly 5 GW in 2020 as costs are pushed down further.