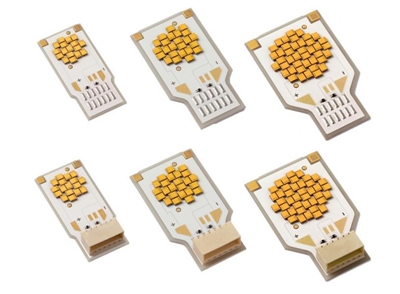 US authorities have forced Philips to call off the planned sale of its LED manufacturing division Lumileds to a China-led private equity group, on the grounds of national security.

The approximately $3.3 billion deal, which was first announced nearly a year ago, would have seen GO Scale Capital acquire an 80 per cent share of Philips’ combined LED components and automotive lighting businesses.

GO Scale is backed by Beijing-based GSR Ventures and the US venture company Oak Investment Partners, and under the terms of the deal Philips would have retained a 34 per cent interest in Lumileds’ key epiwafer manufacturing facility in San Jose, California.

But it appears that this was not enough for the Committee on Foreign Investment in the United States (CFIUS), whose role is to monitor deals that could pose a threat to US national security.

While it is difficult to imagine how the production of LED components largely used in general lighting, smart phone flash and automotive applications pose such a threat, the semiconductor material deposition techniques employed at the San Jose facility are used to fabricate components deployed in many applications – including some military.

CEO van Houten: disapoointed
Doubts about the Lumileds acquisition were first revealed last October, when Philips CEO Frans van Houten said that CFIUS had expressed “certain unforeseen concerns”. Van Houten and Philips are not at liberty to elaborate on the precise reasons for the concern, because discussions with CFIUS are strictly confidential.

Announcing that the GO Scale agreement had been terminated, Philips said in a company statement: “Despite the extensive efforts of Philips and GO Scale Capital to mitigate the concerns of the Committee on Foreign Investment in the United States, regulatory clearance has not been granted for this particular transaction.”

Van Houten said: “I am very disappointed about this outcome as this was a very good deal for both Lumileds and the GO Scale Capital-led consortium.” Philips is in the midst of a major transformation that will also see the spin-off of its giant lighting business, and the Lumileds sale is a key part of that strategy.

“This outcome does not, however, impact the fundamentals of the Lumileds business,” added van Houten. “Lumileds is a highly successful supplier of lighting components to the general illumination, automotive and consumer electronics markets with a strong customer base. We will now engage with other parties that have expressed an interest in exploring strategic options for Lumileds to pursue more growth and scale.”

Lumileds has operations in more than 30 countries and employs approximately 8,800 people worldwide. In 2015, it generated sales of approximately $2 billion.

On the plus side, Philips said that the termination of the deal does not involve a break fee, adding that it would not impact the planned separation of the wider lighting business, which is being pursued as an independent transaction.

The lighting, consumer electronics and medical equipment giant is set to report its latest quarterly results on Monday (January 26), and says it will continue to report the Lumileds business as discontinued operations.