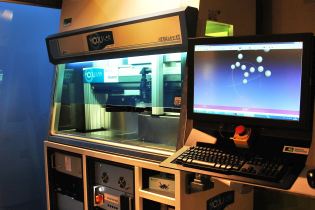 With additive manufacturing likely to remain a focus of attention for the production of engineering components, so researchers have also been thinking about the logical step of using similar layer-on-layer assembly techniques to process organic materials.

Several different "bioprinting" methods are under investigation, often based around extrusion techniques or the laying down of cells within a suitable supportive medium via a print head, prior to a finishing operation yielding the completed shape.

Bordeaux-based Poietis has developed a different approach, a laser-assisted deposition method potentially able to deposit individual cells with micron-resolution and greater precision than other bioprinting techniques can achieve.

“The technique has some roots in other fields, such as the laser-induced forward transfer or LIFT techniques used in the semiconductor industry for materials deposition," commented Bertrand Viellerobe, Poietis CTO. "But our system is the first to use it to print cells onto a substrate.”

The basic principle - developed by Fabien Guillemot, now CEO of Poietis, and incubated at INSERM and the University of Bordeaux - involves using a short laser pulse to create a cavitation bubble within a liquid reservoir. The bubble's expansion forcibly ejects a jet of that liquid, allowing a drop of it to fall onto a substrate.

In the Poietis platform, the laser's target is a film of liquid spread on a glass plate, with the cells of interest - mainly fibroblasts and keratinocytes at present - held within the liquid. This target is termed a cartridge.

“There are many parameters that influence the size and nature of the drop that falls from the cartridge," explained Viellerobe. "Within the liquid these include the number of cells, their concentration, shape and movement; the viscosity of the liquid; and any additives present. The laser pulse brings its own set of variables; wavelength, pulse length and focus diameter among them.”

Single-cell accuracy
When all the parameters of both laser and cartridge are correctly matched, the Poietis system can deposit a precisely controlled number of cells from the cartridge to the substrate below. This could potentially be individual cells, delivered to a high degree of positional accuracy - something other bioprinting platforms cannot match. The typical cell size in the cartridge is around 20 microns, so the resolution ultimately achievable by the process could be of the same order of magnitude.

Each individual droplet has a volume in the picoliter range, which means a large number of droplets are needed to fill a meaningful volume. At present Poietis is applying the technique to assemble structures of around one centimeter by one centimeter; but in the future it will possible to enlarge that figure to 10 cm or more, with a thickness of several hundred microns. "There's nothing inherent in the technology that will prevent that from being achieved," noted Viellerobe. 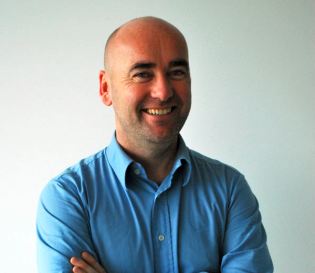 On the optics side, a short laser pulse in the nanosecond regime or lower is one critical requirement.

A recent agreement between Poietis and BASF marks the start of the next stage in the company's development, as the companies work together to enhance Mimeskin, BASF's skin-equivalent model.

“Our aim is for Poietis to apply its expertise across a spectrum of applications, ranging from very simple ones to more complex situations, and to do so by working with different companies having different requirements," commented Viellerobe. "That way we will acquire more knowledge of tissue design and manufacture, and perhaps eventually develop a catalog of our own skin models.”

Poietis is also currently engaged in crowdfunding through the French WiSeed platform, an exercise the company has undertaken partly in order to expand the scale of its connections across the public domain.

"The spectrum of information and feedback through this route is very broad and instructive," noted Viellerobe. "Our funding position remains strong, supported by the regional agencies as we have been since the beginning; but it is valuable to have this crowdfunding operation in place as well.”

A new paradigm
The company’s long-term road-map demonstrates the potential impact that bioprinting of individual cells could ultimately have.

The initial work on skin cells is an immediately attractive avenue for cosmetics developers to exploit, since testing on live animals has not been permitted under European legislation since 2013. Pharmaceuticals developers will likewise benefit from the ability to observe the effects of new drugs on biological materials in a controlled manner.

“The next stage will be more clinically oriented, involving production of pathological tissues expressing certain conditions or diseases," said Viellerobe. "Finding the best therapeutic strategies to fight a patient's cancer, for example, would benefit from the production of cancerous tissues from that patient.”

A third stage could see the technique reaching its full potential, being employed to create grafts from patients' own cells - autologous grafts - for tissues such as the skin or the liver, a development Viellerobe described as a new paradigm.

“This is not possible today, but we believe that the first clinical trials of such regenerative applications could be announced in the next five to ten years. Achieving this goal will not be easy, but we are confident it can be done and have a great deal of enthusiastic feedback from users and academics.”