Even the giant semiconductor foundry cannot find a way to sell modules based on the thin-film PV material profitably. 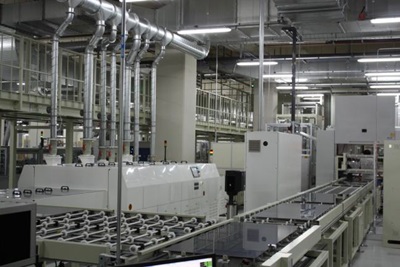 Taiwan-based semiconductor foundry TSMC has ditched plans to manufacture photovoltaic modules based on copper indium gallium diselenide (CIGS) material – although it will install some left-over panels to help power its own buildings.

The company, which along with its chairman Morris Chang is regarded as a pioneer in the world of electronics, is capable of making silicon wafers and chips in vast volumes for its various clients. But it has seemingly proved impossible for even TSMC to transfer that know-how to the world of thin-film PV.

Its subsidiary TSMC Solar will cease manufacturing operations at the Central Taiwan Science Park in Taichung this month, with the parent company saying that it “believes that its solar business is no longer economically sustainable”.

TSMC said it would continue to honor all product warranties offered to existing customers, while TSMC Solar employees would be offered posts in the wider company.

Steve Tso, chairman of TSMC Solar and a senior VP with the parent company, said: “TSMC continues to believe that solar power is an important source of green energy and that solar module manufacturing remains a robust and growing industry, but despite six years of hard work we have not found a way to make a sustainable profit.”

He added: “Upon ceasing manufacturing operations at TSMC Solar, our most important concern will be the continued employment of our workers there.”

The closure of the CIGS fabrication facility will hit TSMC’s earnings per share in the current financial quarter by an estimated NT$0.07, although the company will be able to offset the impact slightly by choosing to install some of the remaining solar panels in its inventory at various TSMC buildings.

Stion deal
TSMC first got into the PV sector through a licensing deal with the Californian company Stion back in 2010. At the time, CIGS was regarded as a potentially breakthrough material that would lower the cost of solar electricity generation dramatically.

TSMC admitted as much in its statement, reporting: “TSMC Solar’s late entry to the market and lack of economies of scale led to a substantial cost disadvantage. After careful consideration, TSMC has come to the conclusion that despite its world-class conversion efficiency for CIGS technology, TSMC Solar will not be viable even with the most aggressive cost reduction plan.”

The firm claimed to have made CIGS prototypes with efficiencies “well in excess” of 17 per cent, and announced a record-breaking 16.5 per cent efficiency full-size module as recently as April 2015.

Combined with a highly automated fab in Taichung and its world-leading expertise in volume production techniques, TSMC Solar would have been rated as one of the only companies capable of making CIGS PV technology commercially viable.

It did have plans to expand from the 125 MW annual capacity reached in late 2014 to as much as 1 GW in the future, but TSMC has pulled the plug before making what would have required a huge additional investment.

TSMC’s departure from the PV market leaves Japan’s Solar Frontier as the only real volume producer of similar thin-film modules. Last month the Tokyo firm said that it had shipped a total 3 GW of electricity-generating “CIS” (copper/indium/selenium) modules since commercializing the technology in 2007.

Its largest project to date was to provide 82.5 MW of modules for the Catalina Power Plant in California, a facility that also uses CdTe technology from First Solar.