2µm sources with potential use in polymer material processing and surgery set to be tested by Rofin-Sinar. 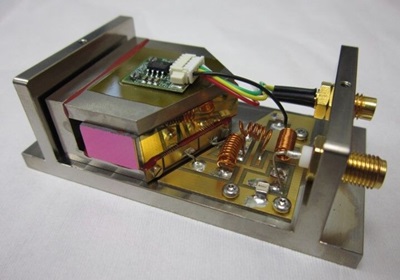 The recent completion of the European Commission-backed “ISLA” project has produced new longer-wavelength fiber lasers based on a set of “disruptive” optical components, according to project co-ordinators at UK-based Gooch & Housego (G&H).

The three-and-a-half-year Seventh Framework Programme (FP7) effort, which concluded in June 2015, has delivered new sources with an output in the 2 µm range – the kind of wavelength needed for polymer material processing. Other potential applications include surgery and optical coherence tomography (OCT) imaging.

Bruce Napier from Vivid Components identified new acousto-optic devices developed at G&H, high-efficiency 793 nm wavelength laser diodes from the II-VI fab, and improved thulium- and holmium-doped fibers fabricated at ORC as some of the technological highlights of the project.

Of the technical challenges, he added: “There are certain failure modes prevalent in the 2 µm regime that are not a problem at shorter wavelengths. This needed some fundamental modifications to the comparable devices and materials used in the 1 µm domain.”

G&H is already selling some of the fused fiber and acousto-optic devices developed during ISLA, and the project has also witnessed the emergence of a new graphene-based mode-locker thanks to work by Werner Blau and colleagues in Dublin.

Munich workshop
Shortly after the recent Laser World of Photonics trade fair in Munich, the ISLA team gathered in the German city for a workshop event to discuss the final results of the project. Among the presenters was Sina Riecke from Rofin-Sinar, who detailed some of the laser designs made possible through ISLA.

Commercial 2 µm fiber lasers are already available from the likes of IPG Photonics, but Napier said that ISLA has delivered ground-breaking components that will help to make such lasers more competitive.

“The lasers were intended to demonstrate the components rather than break records,” he told optics.org. “However, the laser companies in ISLA [Rofin and JDSU/Lumentum] have learned a great deal about the 2 µm domain, and development work continues.”

Ongoing work; Photonics West technical session
Although the project is officially now over, characterization work is ongoing at the ORC to complete the 500 W CW source development. Once that is finished, the laser will be transferred for industrial testing at Rofin’s applications laboratory in Hamburg, Germany. “This laser will be an exciting tool for developing both scientific knowledge and industrial applications,” said Napier.

Rofin should receive the laser in January 2016, and shortly after that the ISLA members are due to take part in a dedicated session at the LASE conference, part of SPIE’s Photonics West event in San Francisco.

While welding, cutting and marking of plastics without the need for absorption-enhancing additives present the most obvious commercial opportunities for 2 µm fiber lasers, there are plenty of other potential applications. At the Munich workshop Ronald Sroka from the local university hospital discussed treatment of varicose veins and tumor resection as two possible uses.

Because the 2 µm wavelength is absorbed so readily by many materials, it has a low penetration depth compared with 1 µm lasers – something that should lend itself to more precise surgical outcomes.

The novel wavelength could also help art historians check the authenticity of artworks by using OCT. When based on a 2 µm source, the imaging technique can uncover more detail in layers beneath oil paintings than is possible with shorter-wavelength sources.

• For more details on the ISLA project, including downloadable presentations from the recent Munich workshop, visit the dedicated project website.