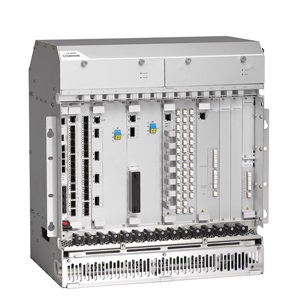 Shareholders in Transmode, the Stockholm, Sweden, maker of optical networking equipment, have voted overwhelmingly in favor of a take-over by US-based Infinera.

Shareholders representing nearly 96 per cent of Transmode’s ownership accepted the offer, and will collectively receive 7.9 million Infinera shares – currently trading at around $24 – and the remainder in cash.

According to Andrew Schmitt, an optical communications market analyst with IHS Research, the deal puts Infinera in a good position to capitalize on investments in metropolitan networks as they transition to 100 Gb/s speeds.

Infinera CEO Tom Fallon said that the pairing would accelerate Infinera’s entry into that 100G market, adding: "The acquisition of Transmode marks a significant milestone for both companies. By bringing together two highly successful teams, we can offer an end-to-end portfolio to fully address the metro and long-haul optical transport markets.”

$15 billion market
According to a recent investor briefing by Transmode, the combination with Infinera will be able to target a market for optical networking products that will be worth more than $15 billion by 2019 as demand for bandwidth grows inexorably.

The acquisition should see Infinera improve its ranking among providers of wavelength division multiplexing (WDM) equipment from eighth in the world to fifth, leap-frogging Coriant and Fujitsu.

China’s Huawei currently heads that list, with WDM revenues exceeding $2 billion annually. US-based Ciena ranks second, ahead of ZTE and Nokia-bound Alcatel-Lucent, according to a January 2015 market survey by analysts at Dell’Oro.

The Infinera-Transmode deal represents yet another act of consolidation in a market where the supplier base has evolved dramatically over the past 15 years.

The shift towards 100G networking speeds at the metro level demands much greater complexity that Infinera believes can be met more effectively by its highly integrated PICs, which are produced at its indium phosphide wafer facility in California.

The company estimates that optics account for as much as 77 per cent of the cost of 100G communications equipment, compared with only 45 per cent at 10G speeds – and that the combination of its own optical expertise with Transmode’s metro-level experience will yield a competitive advantage against the likes of Alcatel-Lucent.

Having originally offered a cash-plus-stock deal worth around $350 million back in April, Infinera subsequently made an alternative all-cash offer capped at just over SEK 2.1 million (equivalent to around $250 million). As it turned out, around two-thirds of Transmode shares were tendered under the original cash-plus-stock option, and the reminder under the all-cash alternative.