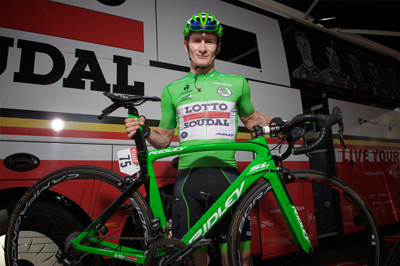 While much of this year’s Tour de France attention was focused on British overall winner Chris Froome, yesterday’s final-stage victor, German André "Gorilla" Greipel – who had also won three earlier stages, has photonics technology to thank at least in part for his significant successes.

Both his bike and clothing had been engineered by means of German-developed photonics technology called Particle Image Velocimetry, which is also used in Formula 1 motor racing. During wind tunnel measurements at the Technical University in Dresden, PIV was used to analyze the aerodynamic performance of Greipel’s bike and helmet.

PIV has been developed by Intelligent Laser Applications (ILA GmbH), which not only allows visualization of the airflow around bike and rider, but also accurately measures the flow in detail. Development engineers use these results to optimize the performance of bike and clothing. 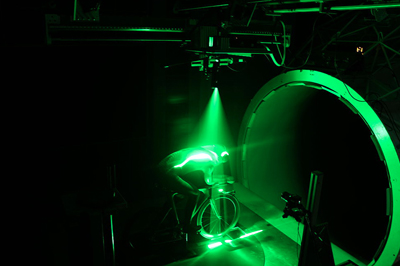 PIV is an optical measurement technique in which small particles are illuminated by means of a green laser. The movement of these particles is recorded by a sensitive camera, a special version of PCO’s Edge 5.5 model. A dedicated software package accurately calculates the direction and speed of the flow over the cyclist.

PIV has also been used successfully for several years by leading Formula 1 teams to optimize the performance of their racing cars. The developer states that the technique has become “a standard part of the wind tunnel; In Formula 1, every hundredth of a second can decide on the pole position. In cycling, improvements in efficiency of bike and helmet can give a rider the extra energy reserves he needs to win the stage.”

At the start of 2015, PIV was also used in a joint project set-up by Flanders´ Bike Valley in Belgium. The project brought together manufacturers of bikes and clothing in order to optimize their product ranges. In this case, parts of André Greipel’s bike (made by Ridley Bikes) and helmet (Lazer Sport) were measured and analyzed by the ILA PIV system to further improve their performance. 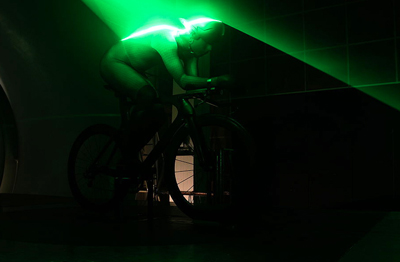 Bert Celis, project coordinator at Flanders’ Bike Valley, commented, “The know-how of Flemish Companies regarding aerodynamics and cycling technology is worldwide leading edge, but was until now rather divided. Each company had their own knowledge about their own product range."

He added, "For the first time in history this know how was grouped during one week for joint tests. Together with the expertise of partners like ILA this resulted in the ideal cocktail for innovation.”

Toon Wils, an engineer at Ridley Bikes, added, “It is very interesting to participate in the various tests of other cycling products and for us to learn from each other. Most of all, the cyclist benefits from a total approach where every detail is fine-tuned and fitted within a total mind-blowing concept.”