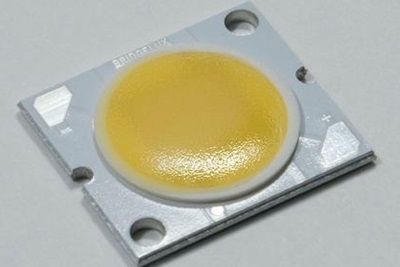 A Chinese investment group is to acquire Bridgelux, the Californian company specializing in solid-state lighting technologies.

The move, by the giant China Electronics Corporation (CEC) and the ChongQing Linkong Development Investment Company, will see Livermore-headquartered Bridgelux become part of a one of the largest technology companies in China. CEC has more than 60 other subsidiaries and employs more than 70,000 people.

Since its incorporation back in 2002 as a maker of large, high-power, high-brightness LED chips, Bridgelux has radically changed its business model as the market for solid-state lighting has matured.

Having also developed novel GaN-on-silicon semiconductor technology – long touted as a way to cut the cost of LED lighting dramatically but yet to displace more conventional material combinations to a significant degree – Bridgelux sold its assets in that area to Japan’s Toshiba in April 2013.

Since then, the firm has focused much more on chip-on-board, LED array, and lamp products, and last year also claimed to be the first company to start shipping lighting products based on GaN-on-silicon chips in production volumes.

Transitional period
Brad Bullington, who was appointed CEO of Bridgelux shortly before the Toshiba deal, said in a company statement: “We are convinced that CEC is the perfect partner to help Bridgelux achieve its next level of growth. CEC will help Bridgelux expand its technology footprint and reach more customers globally.”

The move by CEC comes at a transitional time for the LED industry. Solid-state lighting (SSL) based on LED chips is rapidly displacing older and less efficient lighting technologies, but the rate of that change has caused massive upheaval at key players like Philips and Osram.

Over the past couple of years both those companies have been forced to lay off thousands of employees working on older lighting technologies, while Philips is in the process of spinning off its lighting business and has also agreed to sell Lumileds, its LED chip manufacturing unit, to a China-led investment group.

Overcapacity at the chip manufacturing level has helped to accelerate the market penetration of SSL as the cost of LED bulbs has dropped, but that is also having a knock-on effect, with Cree recently announcing that it would restructure its LED business unit as a result.

Smart-lighting spin-off
Following the acquisition, which is expected to complete within two months, Bridgelux is set to continue operating as a standalone company, reporting to CEC through a US subsidiary. In addition, Bridgelux will spin off its smart lighting business to create a new company called Xenio.

It will be led by the current Bridgelux management team, including Bullington as executive chairman, and will focus on LED module design and manufacturing to address what they believe will become a $135 billion lighting opportunity in the emerging “internet of things” market.

The new company will focus on integrating LED light source technology with all of the power, sensor, control and communication components and cloud-based software to deliver lighting as a service.

That is expected to result in high-quality lighting functions such as deep dimming and color tuning, while deploying a sensor network to reduce energy consumption or light up a particular area in a particular way.

For example inside a store, the network could be used to draw attention to a displayed product by brightening a spotlight as shoppers walk down an aisle. Similarly, lighting levels and colors could automatically adjust to changes in natural lighting or other requirements.

Although Bridgelux and CEC did not reveal any financial terms, in August 2014 Bullington reported that the company was on track to exceed annual sales of $100 million, with no debt and a cash pile of $45 million.

But despite attracting more than $200 million in venture capital the company had – along with many of its peers – struggled to make much of a profit, and it appears unlikely that the deal struck with CEC will have delivered much of a windfall for its investors.