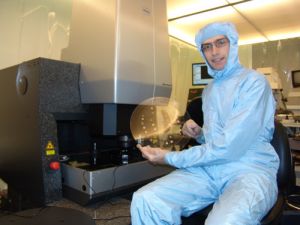 Representatives of ACTPHAST, the Access CenTer for PHotonics innovAtion Solutions and Technology Support, say that the project has already helped the development of 29 different photonics technologies - with plenty more in the pipeline.

The effort is a European initiative intended specifically to support the efforts of small- and medium-sized photonics companies, as well as introduce photonics technologies to developers outside the sector.

Financially supported by the European Commission under the FP7 framework, the €8 million project began in 2013 and runs until 2017, by which point it aims to have supported up to 200 photonics innovation projects and been instrumental in €12 million of related R&D expenditure.

The ultimate goal is to have added €120 million to company revenues, and played a part in the creation of 600 jobs in Europe's photonics sector by the time the initiative comes to a end.

"Overall we are very pleased with the progress since the start of the ACTPHAST program," he commented. "The first set of approved projects involve a range of exciting new applications targeting high-growth market opportunities, in areas where photonics is recognized as a key enabling technology."

European success stories
The ACTPHAST network includes 23 leading photonics research institutions across the Continent, whose expertise and advice can be made available to any European company seeking collaboration on photonics-based development. This is in recognition of the difficulties that SMEs can have in getting access to cutting-edge photonics knowledge when they need it.

The intention is to focus on the business opportunities available to companies, and offer them a single contact point for discussion: a one-stop-shop through which 23 individual research centers can be accessed. An accelerated business development process can then follow, with the emphasis to date being on shorter projects, able to be completed within six to nine months. For SMEs the process can be entirely subsidized.

ACTPHAST is also open to European companies not currently active in photonics, but whose work might be beneficially impacted by photonics-based technologies or expertise.

"The current ACTPHAST projects are utilising the full spectrum of technology platforms and value-chain activities offered by ACTPHAST; from modelling and design, to prototyping, characterization, packaging and integration, and finally reliability and testing," noted Thienpont.

"It is particularly pleasing to see that many of the projects entail multidisciplinary teams of experts from more than one ACTPHAST partner, working in collaboration with companies' own R&D personnel."

ACTPHAST has so far been involved in 29 photonics innovations from 10 different European member states, of which Thienpont highlighted:

Fibercore (UK): Development of a novel fiber for use in harsh environments.
KSM Vision (Poland): A machine-vision-based inspection system for an automatic packing process.
Lumichip (Finland): A high-power LED module with ultra-low thermal resistance.
XiO Photonics (The Netherlands): A novel concept for coupling of laser diodes to a beam combiner chip.
and Pilot Photonics (Ireland): Custom lasers as a key enabler for next-generation optical networks.

"It is important that the message gets out," said the project's outreach coordinator Peter Doyle. "ACTPHAST is open to every country and company in Europe."

• More details about ACTPHAST and its partner innovation centers can be found on the ACTPHAST web site.