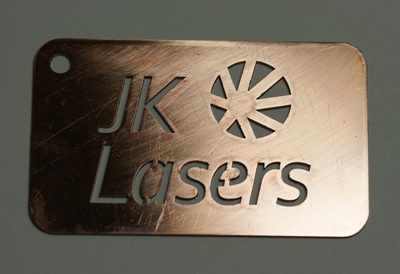 “In the end, the high-power fiber laser materials processing application of JK did not have synergy with our other product lines, sales channels or infrastructure. So selling the business and redeployment the capital into our core businesses was definitely the right move for us.”

Back in 2011, when it was still emerging from a drawn-out period of restructuring, GSI had identified the fast-growing area of fiber lasers as a key priority. But with the company having since acquired the likes of machine vision specialist Jadak Technologies and displays firm NDS Surgical Imaging, priorities have changed, along with a recognition that the high-power fiber laser space is a tough one to compete in.

The move follows GSI’s sale of the Continuum scientific laser business to another European buyer – France-based Amplitude Systèmes – last year. But GSI remains involved in photonics in many different ways, with the laser products division still its largest sales driver despite the JK sell-off.

JK proceeds
Reflecting on the recent deal with Trumpf, Roush told investors that for the JK Lasers fiber technology to be fully exploited it was better off in the hands of a company that was deeply committed to the high-power, industrial materials processing sector.

“That’s not something we really do in the company anywhere else,” he said of an operation that had its roots in the late-1990s merger of Lumonics and General Scanning, Inc, which gave GSI the identity that it retains to this day. “So it wasn’t a great fit. But [the Trumpf deal] ended up being attractive. The proceeds we got for [JK Lasers], that’s a real positive for us.”

The CEO confirmed the sale price of $31.5 million for JK Lasers, and added that GSI had been expecting the business unit to deliver sales of at least $25 million this year, up from $22 million a year ago.

However, the relatively small-scale operation – in comparison with rivals like IPG Photonics, Rofin-Sinar and JDSU – had proved something of a drag on GSI’s overall profit margins. GSI will initially use cash proceeds from the sale of between $26 million and $28 million to help offset its debt.

The acquisition will see the entire JK Lasers operation, which includes 42,000 square feet of floor space and around 100 employees, incorporated under the SPI Lasers brand.

OCT sales boost
Revealing total sales of $94.6 million for the quarter ending April 3 – a figure including the JK Lasers contribution – Roush and colleagues said that GSI’s laser products division accounted for $45 million of that total. The medical technologies and precision motion divisions contributed $31.1 million and $18.5 million respectively as GSI posted a quarterly net income of $3.4 million.

Within the laser products division, demand strengthened during the quarter as sales exceeded internal forecasts. “The ophthalmic optical coherence tomography (OCT) application was one of the key drivers,” Roush said.

“The precision motion business was stronger than we had forecasted,” added the CEO. “We saw an acceleration of customer demand for both optical encoders and precision motors, in terms of design wins as well as order volumes from existing customer programs.”

For the full year, the GSI team is now expecting to post sales of between $365 million and $370 million – essentially making up for the sold JK Lasers business through growth of its other product lines.

Strategic direction
Summing up the strategic transformation at GSI in recent years, Roush told investors: “If we go back to the beginning of 2012 as a reference point, since that time we have divested six separate businesses and closed on three acquisitions. We’re happy to go into battle with what we have.”

He continued: “We are playing in two major verticals, medical equipment and advanced industrial technology equipment. We have three major product technology platforms: laser products; precision motion; and our medical segment, which you could really think of as an imaging and visualization technologies product set.

“It’s really all about capturing and displaying images of things, mostly in the medical market - but these technologies can also serve the industrial markets.”