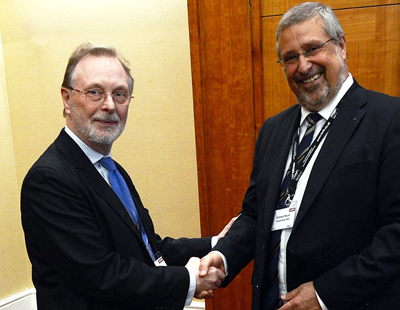 The UK’s Association of Industrial Laser Users (AILU) has honored Prof. Dr.-Ing. Eckhard Beyer for his extraordinary achievements in the field of industrial laser materials processing with the AILU International Award 2015. Prof. Beyer is Executive Director of the Fraunhofer-Institut für Werkstoff- und Strahltechnik (IWS) and Director of the Institute for Manufacturing Technology at the TU Dresden, which has supported the AILU an active member for many years.

AILU said Prof. Beyer had been given the award as “a pioneer and leading international scientist in the field of laser materials processing. We would like to thank and honor Prof. Beyer for his many contributions and presentations provided to laser users in the United Kingdom,” said Neil Main, AILU President.

The award was presented during last week’s Industrial Laser Applications Symposium in Kenilworth, UK, on the evening of March 17. The following day, Prof. Beyer gave the 200-strong conference a presentation on the major developments of laser materials processing in the manufacturing industry.

In 2008 Prof. Beyer was honored by the Laser Institute of America with the Arthur L. Schawlow Award. Then in 2012 he was awarded the Fraunhofer Medal for his "outstanding contribution" to the Fraunhofer-Gesellschaft. In 2013 he obtained an honorary doctorate from the Technical University of Wroclaw.

Between 1985 and 1996, Prof. Beyer was employed as a scientist at the Fraunhofer-Institut für Lasertechnik in Aachen. In 1997 he was simultaneously appointed the position of Executive Director of the IWS and of the Chair, Laser and Surface Technology, at the Technische Universität Dresden. In 2003 he became Executive Director of the Institute of Manufacturing Technology at the Technische Universität Dresden. 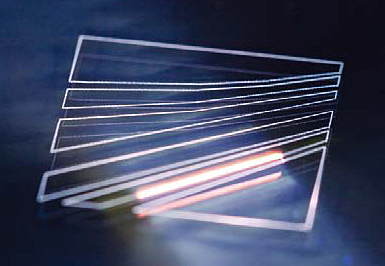 Recent developments in ultrafast lasers have opened up an ever-increasing variety of new applications. Stable USP (ultra short pulse) laser systems with powers up to 100 W are already commercially available opening up new productive manufacturing opportunities beyond the scope of existing methods.

From April 22 to 23, 2015, the third UKP-Workshop: Ultrafast Laser Technology in Aachen, Germany, will see experts from the worlds of science and research informing laser users how they can exploit new ultrafast laser tools in laser processing without damaging workpieces – even at high average outputs. Interested parties can sign up here.

Ultrafast lasers are currently used in practically all industrial manufacturing applications that require high-precision processing without material damage. Thanks to their extremely short pulse durations of just a few picoseconds or femtoseconds, USP lasers can process materials without causing significant heat-affected zones or melt formation.

Organizer Fraunhofer Institute for Laser Technology (ILT) says that more than 20 speakers from eight different countries will coveri the fundamentals of ultrafast laser technology as well as providing an overview of current beam source developments and new systems technologies, including multiple beam optics and new scanner concepts. The organizer anticipates some 160 people will attend the event. The conference will held in English with simultaneous translation into German.