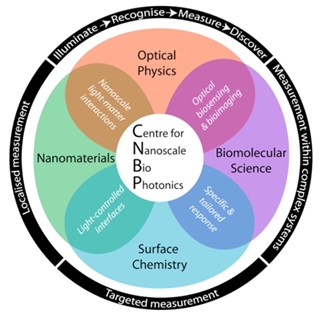 The Centre for Nanoscale Biophotonics (CNBP) in Australia, a cross-disciplinary research effort dedicated to advancing biological applications of light-based technologies, has appointed Mark Hutchinson as its director.

Hutchinson, who had already been acting as interim director since September 2014, is a professor within the School of Medical Sciences at the University of Adelaide – which hosts the CNBP.

His particular area of expertise is at the interface of neuroscience and pharmacology, and at CNBP Hutchinson is heading up the specific challenge of investigating the origins of sensation and pain.

“I’m extremely excited and proud to be leading a team of such outstanding researchers,” said Hutchinson in a University of Adelaide statement. “The technologies and tools being developed by [CNBP] operate at the nano-scale and are literally providing us with ‘windows into the body’. Understanding the processes in the human body at the molecular level will advance our scientific knowledge immensely and will have enormous clinical impact.”

Other themes at the AUS$38 million flagship collaborative research program, which is being funded for seven years to work on cutting-edge sensing techniques and applications, include using photonics to look at embryo development, and to investigate the damaging effects of plaque inside blood vessels.

Understanding biology
Among the scientists working at the center is Tanya Monro. Last year, she told optics.org: “The challenge we want to focus on is understanding the biology of single cells and cellular processes, without the need to take the cells out of the body and rely on traditional microscopy.”

Monro said that while much of the effort at the intersection of photonics and biology is – understandably - focused on advanced microscopy or imaging, one of the CNBP’s aims is to bring that together with surface science and chemistry. “We think we can essentially bring a few new dimensions to imaging, through biological and chemical fingerprinting,” said Monro. “We want to be able to carry out assays on a single cell, using photonics as a means of gaining access and getting inside.”

According to the CNBP web site, Monro is now “chief investigator” of the effort focusing on looking inside blood vessels. That research theme is headed up by Steve Nicholls, a professor of cardiology at the University of Adelaide and deputy director of the South Australian Health and Medical Research Institute (SAHMRI). One of his research interests is in finding novel ways to image cardiovascular plaque. 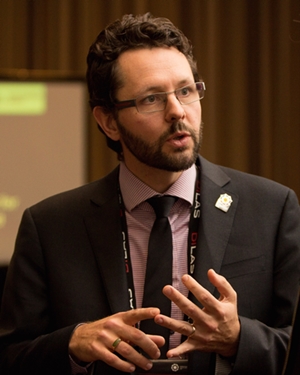 “The cellular and sub-cellular research being undertaken by the CNBP will have important clinical health outcomes, particularly in the areas of cardiovascular disease, chronic pain and reproduction,” says CNBP.

Announcing the appointment of Hutchinson, Aidan Byrne, CEO of the Australian Research Council (ARC) – which provided AUS$23 million to establish CNBP - said: “Professor Hutchinson is well respected in the medical sciences field and will make a great contribution to the ARC Centre of Excellence for Nanoscale BioPhotonics.”

Since returning to Australia in 2009 from postdoctoral positions in the US, Hutchinson has led the neuroimmunopharmacology laboratory within Adelaide’s School of Medical Sciences. He also leads research into biological sensing and medical diagnostics at the university’s Institute for Photonics and Advanced Sensing.