Olaf Berlien says it makes no sense for the German firm to hive off its automotive and LED units. 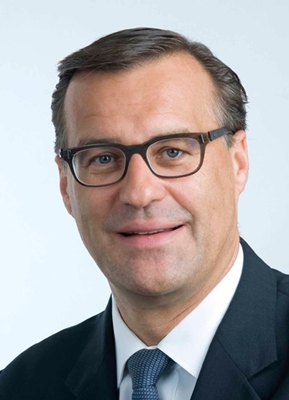 Lighting giant Osram will not follow rival Philips’ lead by selling off its automotive lighting and LED chip making activities, its CEO Olaf Berlien has confirmed.

The two companies are both battling to deal with the sweeping changes to the industry brought about by the emergence of LED-based solid-state lighting technology. Philips’ response is a planned separation of its lighting division, plus a further spin-off of its automotive lighting and LED-making Lumileds subsidiary as a combined unit.

But Berlien, who has been in charge of the German-headquartered business for just a few weeks, told a press conference discussing the company’s latest financial results: “There is no logic [to that]. They are two different businesses. From their [Philips’] point of view, it may be perfectly fine, but I don’t see why [Osram] should split like that.”

Osram announced that LED-related products had accounted for a new high of 39 per cent of revenues in the latest financial quarter. At €1.4 billion, the company’s total sales were up 5 per cent on the same period last year – thanks partly to the weak euro currency and the acquisition of entertainment lighting specialist Clay Paky.

Daily challenges
Like Philips, the company is undergoing a transformation as it adjusts to the new reality of LED lighting, with Berlien saying that the market was changing “on almost a daily basis”. Last November, Osram said that it would cut another 7800 jobs as it reduced resources dedicated to older forms of lighting – for example a large glassmaking facility in Augsburg.

The Augsburg facility is clean and well-managed, said the CEO, but the market for the traditional lighting technology that it serves is shrinking as consumers switch to more efficient alternatives that only need to be replaced once per decade.

Sales of traditional lamps and ballasts made by Osram dropped 8 per cent year-on-year to €505 million, while sales of LED-based lamps and systems had jumped 70 per cent to €162 million. The Osram Opto Semiconductors chip making subsidiary also posted a 9 per cent increase to €295 million, and the rapid rate of change is demanding further adjustment to the company’s plans. Berlien hinted at more major announcements in the months to come:

“The first quarter marks a successful start into the new fiscal year,” said the CEO. “But we cannot rest on [what is] already achieved. We will continue with our transformation and will announce in spring what that means in strategic terms.”

“Superb” Sistine Chapel installation
Having joined the company at the start of 2015, Berlien pointed to his experience of dealing with technological change in prior roles at IBM, Carl Zeiss’ semiconductor equipment division and engineering giant Thyssen-Krupp.

He said he had spent his first few weeks in the job contacting customers and touring Osram’s sprawling global operation, but singled out the recent upgrade to lighting in the Sistine Chapel as his personal highlight so far.

“I was overwhelmed by the feedback from [The Vatican] and from guests,” he said, describing the EU-supported installation of 7000 new LEDs designed to both improve the appearance of Michaelangelo’s masterpiece and protect it as “absolutely superb”.

That formed part of his recurring theme on the fundamental changes that the lighting industry is currently undergoing: “Technological change is a key topic [in lighting], and that is part of the reason why I am here,” he told reporters. “I am here because I am very much impressed and fascinated by the company.”