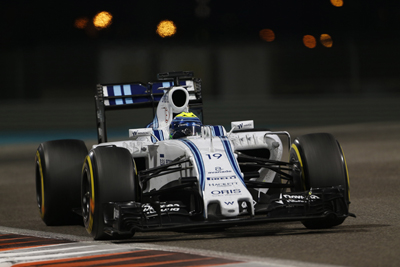 Williams has enjoyed many F1 Grand Prix wins over the years.

EOS, the laser additive manufacturing firm, has entered a three-year technical partnership with Williams Grand Prix Engineering and Williams Advanced Engineering, in the UK. The partnership will provide Williams with insights into the latest AM technologies offered by EOS to complement their existing manufacturing processes and to support their own AM development project.

Williams already owns two polymer EOS systems. As their standard production materials the company uses Alumide and Carbonmide. Alumide is predominantly used to create stable parts for functional testing, ranging from engine ancillaries and complete gearbox assemblies for mock-ups to jigs and fixtures for laminate production. Carbonmide at Williams is being used for production parts on Formula One cars in conjunction with carbon composite laminates where improved strength is required. 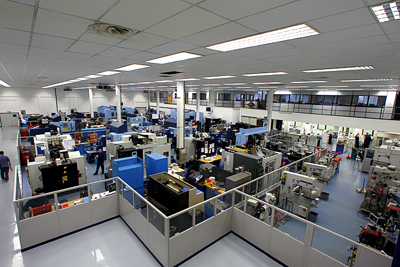 'Perfect fit' Stuart Jackson, Regional Manager at EOS for the UK added, “The partnership will allow EOS and Williams to jointly expose selected customers to the world of Formula One. This partnership is a perfect fit for us as we truly believe that all parties involved will highly benefit from this interchange of ideas."

Speaking about the collaboration Brian Campbell, Production Manager, Composites and ADM at Williams, said, "At its core, Williams is a racing team but has many facets to its business in which opportunities for AM applications reside. EOS can help us to turn these opportunities into performance. This partnership also holds a lot of synergies as both companies are family-owned and independent, at the same time driven by guiding principles such as innovation, teamwork and excellence." 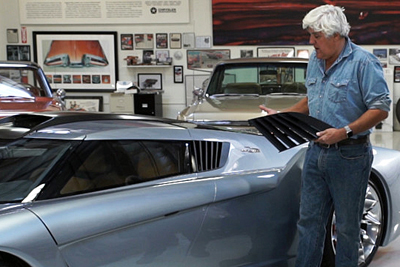 Positioned behind the EcoJet’s doors, the specially designed vents are critical in ensuring sufficient airflow to the jet engine that powers the vehicle. However, the original vents were extremely delicate and broke as the car was being pushed out of the workshop. Leno and his team of mechanics and engineers needed to recreate these parts, but did not have access to the original design to guide them.

The team first used 3D Systems’ Geomagic Design X software to convert 3D scan data from broken vent pieces into solid, editable CAD models. Working with these models, the team was able to reconstruct and optimize the original vents on-screen in less than half-an-hour, wherein traditional methods would have taken nearly a week of hand modeling per vent due to the EcoJet’s custom-built asymmetry.

Leno’s team then sent the digital file of the restored vents to 3D Systems’ on demand parts manufacturing service, Quickparts, to 3D print them using the company’s Selective Laser Sintering technology and by applying the necessary finishing processes. 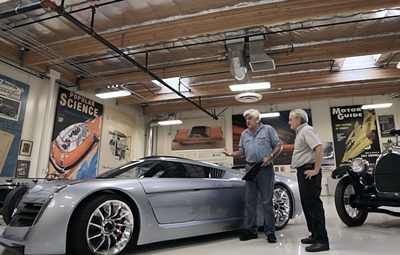 Leno has a large collection of classic cars - but parts are hard to come by.

Quickparts was not only able to deliver the ultra-clean lines and robust physical properties demanded of the EcoJet, but also significantly improve the vents’ strength-to-weight ratio using a fraction of the time and money that traditionally manufactured custom vents would require.

“It is amazing, how we just take 3D scans and come back with end-use parts that fit perfectly,” said Jay Leno, who regularly uses 3D Systems’ printers, materials, software and on demand services to restore and maintain his collection of more than 200 vehicles. “With 3D printing, the automotive industry has changed more in the last decade than it previously did in the last century.”