Profits up as Coherent finishes strong

CEO John Ambroseo wants to capitalize on opportunities in consumer electronics and fiber lasers in 2016. 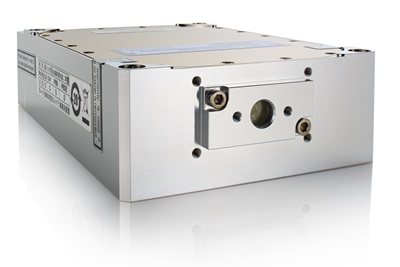 Californian laser giant Coherent has posted a strong increase in profitability in the final quarter of its latest financial year, with annual sales rising to $802.5 million.

An while that represents a only a modest jump from last year’s total of $794.6 million, it comes at a low point in the semiconductor industry’s demand cycle – suggesting that a strong upturn could be around the corner.

Coherent’s executive team reported that the company’s net income for the full year had risen nearly 30 per cent on the 2014 figure, to $76.4 million. That was partly due to a particularly strong final quarter in which it posted net income of $27.3 million.

Investors appeared to welcome the result and outlook, sending the company's stock price up around 15 per cent in early trading on November 5.

China still buying lasers
CEO John Ambroseo said he was particularly pleased with the Californian firm's reduced warranty costs, an indication that Coherent’s product reliability has improved. That is an obvious benefit to the company’s customers, but is also one of the reasons for the improved profitability numbers.

Ambroseo also made some reassuring comments on the macroeconomic situation in China, telling an investor conference call: “Thus far, the slowing Chinese economy has had a de minimis [i.e. minimal] impact upon our business. China continues to invest aggressively in research and development, which is reflected in our scientific products sales.”

The CEO also pointed out that a national program in China to develop a high-end domestic industry in flat-panel displays (FPD) has been unaffected – FPD production being a key market for Coherent’s lasers.

Ambroseo added: “Our materials processing business in China, which should be the most susceptible to macroeconomic pressure, grew by 39 per cent in [our] fiscal year 2015, including a pretty strong fourth quarter.”

Brain power
Turning to more specific applications, Ambroseo highlighted the growing impact of neuroscience research, where the US BRAIN Initiative is driving investment in tools needed for new imaging modalities. That appears to be boosting sales of the firm’s Chameleon lasers for multi-photon techniques.

The CEO explained that, in contrast, the high-profile flagship European Commission project known as the “Human Brain Project” was not nearly so beneficial in terms of laser sales, since it was focused largely on mathematical modeling.

Coherent also saw a sharp uptick in orders for its “instrumentation and OEM components” division, which was partly due to strong demand in a variety of biophotonics applications.

“We are making further strides in the high-speed gene sequencing market, where the throughput requirements are out of reach for visible diodes or LEDs,” Ambroseo noted, adding that the trend towards “personalized medicine” – a term that has come in for criticism recently – had translated to more sales of Coherent’s OBIS and HOPS lasers for clinical flow cytometry applications.

Elsewhere, the company’s new 9.3 micron carbon monoxide laser – developed with dental applications in mind – has apparently shown encouraging early results in surgical procedures, with Ambroseo saying that the absorption characteristics at the new wavelength are a key differentiator.

OLED expectations
However, the microelectronics sector remains by far the largest of Coherent’s divisions by revenue, with sales of its very large and expensive “Vyper” and “Linebeam” systems for annealing display glass having a major impact on company finances.

Ambroseo had more good news to report here, telling investors: “The FPD market is firing on all cylinders. We received a number of new system orders [for Linebeam 750s] in the fourth quarter from liquid crystal display fabs.”

The CEO added that since the end of the quarter the company had booked $45 million in orders for its Vyper systems. But although that represented, in Ambroseo’s words, “terrific numbers”, there could be much larger orders in the future if the adoption of organic LED (OLED) screens in smart phones takes off as some are predicting.

“[Those orders] pale in comparison to what we see developing for OLED production,” Ambroseo said. “Several smart phone manufacturers have either decided to or are evaluating a shift to OLED displays in their devices.”

Coherent’s giant Linebeam 1500 laser systems – which sell for something in the region of $20 million each - are already being used in small OLED screen production, where they are critical for making the highest-resolution displays.

Ambroseo also pointed out that the company’s recent acquisition of Richmond, California, based Tinsley Optics – which specializes in the kind of large-format optical components needed by these systems – should help to ensure a smooth supply of the various Linebeam formats.

2016 objectives
Admitting that he was “surprised and pleased” by how well Coherent’s business had held up in China so far, the CEO nevertheless declined to predict a sales figure for fiscal year 2016, partly because of continued uncertainty around China, as well as the difficulty of projecting exactly how many Linebeam systems will be ordered by customers.

However, he did say that the company’s two key objectives for 2016 were to capitalize on the “myriad opportunities” in the consumer electronics market and to develop an OEM base for its “Highlight” fiber laser platform.

In a segment dominated by IPG Photonics, Coherent is not attempting to become the lead player in the fast-growing fiber laser market but – like several others – it does see an opportunity to benefit from the increasing popularity of the format in materials processing applications.

The company is now offering fiber lasers with an output of up to 4 kW, and Ambroseo is hopeful that these can contribute to a combined annual sales target of $100 million for high-power fiber, direct-diode and carbon dioxide lasers in materials processing.