French developer of the 'Cellvizio' optical biopsy platform reports traction in Asia but a slowdown in the US. 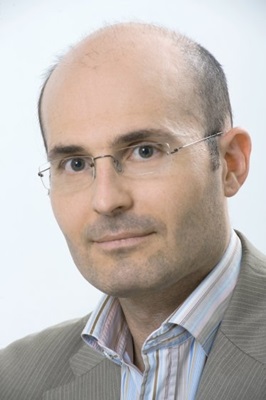 Mauna Kea Technologies, the Paris company that developed the “Cellvizio” confocal laser probe designed to improve conventional endoscopies and cancer screening, has reported a 10 per cent rise in sales.

For its latest fiscal year, ending December 31, the firm posted revenues of €11 million – although the year actually ended on a sharply contrasting note as clinical sales of the Cellvizio platform fell by nearly one-fifth compared with the closing quarter of 2013.

CEO and co-founder Sacha Loiseau said in a statement to the Euronext stock market: "Despite a sales slowdown in the US, our biggest market, we have managed to post double-digit global revenue growth.”

He attributed that to good momentum in other parts of the world and growing demand for the consumable probes that Cellvizio requires when used in a clinical setting.

In fact, unit sales of consumables jumped 30 per cent in the year, to nearly 900 units, with the associated revenues growing 14 per cent to just under €3 million.

Behind much of that growth is the growing adoption of the technology for gastroenterology applications, where the technique is used to examine conditions like inflammatory bowel disease. Last year’s Digestive Disease Week conference in Florida also saw presentations discussing its use for identifying stomach and esophageal cancer.

Asia traction
This year, by far the strongest level of growth has come from the Asia-Pacific region, where revenues were up by more than 50 per cent. However, penetration in markets closer to home was slower than anticipated, particularly in Germany, Russia and Turkey.

Meanwhile sales to the American market actually fell by 11 per cent year-on-year, to just over €4 million, with Loiseau commenting:

“The implementation in the US of our pancreatic cysts and biliary strictures marketing and sales strategies have taken longer than forecasted to contribute to sales results.”

On the plus side, the CEO is hopeful that a recent agreement with Siemens – the two firms announced a clinical collaboration in November – will open up a new applications base in interventional radiology.

Doctors at hospitals in Paris and Strasbourg are set to use Cellvizio in combination with Siemens’ scanner systems. In this process, a small needle, guided by X-ray, is inserted into tissue to perform biopsy or ablation.

The clinical trials will focus on procedures involving the lungs, liver and kidneys, aiming to provide real-time cellular information to oncologists.