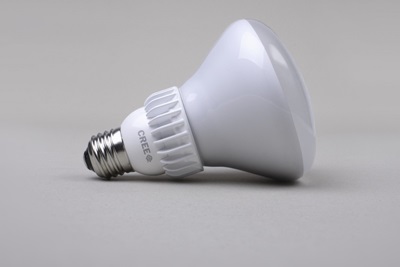 Cree, the North Carolina company that specializes in solid-state lighting products, has accused a rival vendor of LED bulbs of both false advertising and the infringement of ten patents.

It has filed complaints with the US International Trade Commission and the Wisconsin courts, in which it claims that the US arms of China-headquartered Feit Electric and its Taiwanese supplier Unity Opto have falsely obtained “Energy Star” certification by misrepresenting the shape and purpose of certain LED bulbs.

Obtaining the Energy Star approval is crucial for companies in the LED lighting sector, as it means that their products then qualify for large rebates in many parts of the US. Cree says that it has tested the offending bulbs itself, finding that some failed the light distribution requirement “by a wide margin”.

“Cree fully supports competition, but it should be fair competition,” said Cree CEO Chuck Swoboda. “We have invested nearly $1 billion in R&D over the past ten years to create fundamental technology that has enabled the LED lighting revolution.”

Light extraction
Amongst the intellectual property cited by Cree is US patent 6,657,236, originally filed by a team including Steven Denbaars from the University of California, Santa Barbara (UCSB), also one of the co-founders of Soraa with 2014 Nobel prizewinner Shuji Nakamura.

It describes a way to create surfaces to reflect, refract and scatter light so that more can escape from a semiconductor structure, making LEDs more efficient. It also covers so-called “disperser layers” that increase the probability of light escaping by scattering.

Cree says that it was the first to develop sufficiently sophisticated technology to create omnidirectional light emission from devices that inherently tend to emit in a more directional manner.“As a result, Cree introduced the first sub-$10 LED light bulb to US consumers that looks and lights like an incandescent bulb,” said the firm. “Through a series of tests, Cree determined that certain of Feit’s bulbs that carry the Energy Star label fail critical performance requirements such as omnidirectional light distribution.”

Cree also claims that, in certain instances, Feit’s use of the Energy Star logo appears to be intentionally misleading. It says: "By misrepresenting the shape and purpose of certain of its bulbs to the Energy Star certification body, [they] appear to have obtained certification for products that fail the luminous intensity distribution requirements applicable to all A-shape bulbs."

That is despite the US Environmental Protection Agency (EPA) having made clear last year that any “G-shaped” bulbs previously certified under the decorative-type requirements were not permitted to use the Energy Star logo after September 1, 2014.

“Poisoning the well”
“Despite this clarification, [they] appear to have continued importing and selling LED bulbs falsely advertised as “decorative” with the Energy Star logo, misleading the public into purchasing A-shaped LED replacement bulbs that not only fail the eligibility criteria applicable to such bulbs, but also fail to provide their additionally advertised light distribution.

Cree’s legal team goes on to write that Feit and Unity’s LED bulbs “poison the well” of the relatively new market for solid-state lighting, by potentially creating a negative impression of the technology in general.

In the complaint, to which Feit and Unity are yet to respond in the Wisconsin court, Cree is demanding compensation for the alleged patent infringement as well as a permanent injunction against any further “false and misleading advertising”.