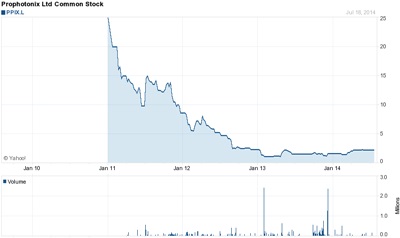 A diversified UK engineering company called 600 Group is set to become the largest shareholder in photonic module and system maker ProPhotonix, and wants to explore the possibility of close business collaboration in the future.

Headquartered near Leeds in West Yorkshire, 600 Group sells a range of machine tools and precision-engineered components, and also owns the Electrox brand of laser marking systems and workstations.

In a deal to acquire a 26.3 per cent share of ProPhotonix from existing shareholders expected to close August 8, 600 Group says it will issue just under 5 million new shares - representing 5.5 per cent of its total issued share capital - to pay for the stake.

At 5 pence per ProPhotonix share, the agreed purchase price represents more than double the firm’s closing stock price on August 1, and shares in the company increased in value accordingly following the announcement.

Though headquartered in Salem, New Hampshire, ProPhotonix has a significant presence in the UK and Ireland. It makes LED systems in Cork, distributes laser modules and diodes from a base near London, and has also been listed on the London Stock Exchange’s Alternative Investment Market (AIM) since late 2010.

600 Group’s chairman Paul Dupee said of the move: "This should be construed as a strategic investment in a company with interesting business activities and improving prospects."

Hit by solar slump
ProPhotonix’ stock price had plummeted since the listing in London, losing 90 per cent of its original value. The company was hit by a slump in demand for its LED products from the German photovoltaics industry in 2012, and posted operating losses of around $1.2 million on sales of $15.6 million in 2013. Over the past couple of years it has embarked on cost-cutting measures and saw the departure of long-time CEO Mark Blodgett.

Commenting on the 600 Group deal, ProPhotonix CEO Tim Losik said: “The [ProPhotonix board of directors] is pleased to see this level of interest in the company's equity at what represents a substantial premium to market price.”

He added that steps taken to reduce costs over the past 16 months had had a positive impact, claiming “considerable progress” towards its goal of generating cash.

In his May 2014 trading update, Losik said that he expected the company to post sales of around $8 million for the first half of the year, while announcing a cost-cutting plan designed to save ProPhotonix $900,000 in annual outgoings.

Meanwhile for the year ending March 29, 2014, 600 Group reported a pre-tax profit of just under £2 million on sales of £41.7 million. The company had been the subject of a potential takeover bid from China’s Qingdao D&D Investment Group, but those discussions were terminated in February.