Preliminary figures from the machine tool and laser company show order growth of 16 per cent. 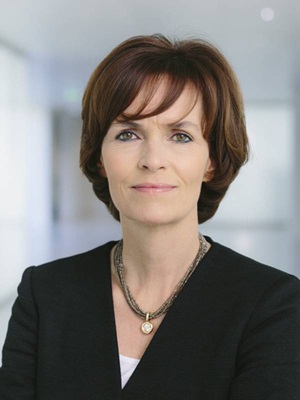 Buoyed by solid demand in Asia and western Europe, annual sales at Trumpf have topped €2.5 billion for the first time.

For the year ending June 30, the Ditzingen, Germany, based provider of machine tools and lasers issued preliminary results showing a 10 per cent increase in sales on last year, to just under €2.6 billion.

That total was aided by various acquisitions, including that of Chinese machine tool maker JFY, but even without those additional sales Trumpf says that its organic sales would still have risen to more than €2.5 billion for the year.

What’s more, the company’s order book suggests that the growth trajectory is set to accelerate. Last year’s order intake figure of €2.33 billion is set to be eclipsed by some 16 per cent, rising to €2.7 billion.

Nicola Leibinger-Kammüller, president of the largely family-controlled business, indicated that profits should be up sharply too when the company releases its full results – including a breakdown of laser sales – in October.

"We're expecting a result far in excess of the previous year's figure," she said. For its fiscal year 2012/13 Trumpf posted pre-tax earnings of €154 million.

The company is set to release its full results and annual report on October 16.