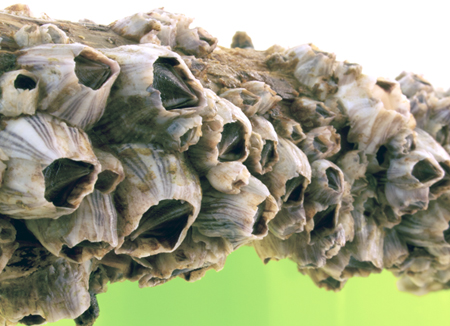 Finally revealed: how barnacle cement is far stronger than any synthetic "superglue".

More than 150 years since it was first described by Darwin, scientists are now uncovering the secrets behind the super strength of barnacle glue. Still far better than any synthetic adhesive, barnacle glue – or cement – sticks to any surface, under any conditions. But exactly how this ultimate superglue works has remained a mystery – until now.

An international team of scientists led by Newcastle University, UK, and funded by the US Office of Naval Research, have shown for the first time that barnacle larvae release an oily droplet to clear the water from surfaces before sticking down using a phosphoprotein adhesive. The work was published this week in Nature Communications.

Author Dr Nick Aldred, a research associate in the School of Marine Science and Technology at Newcastle University, says the findings could pave the way for the development of novel synthetic bioadhesives for use in medical implants and micro-electronics. The research will also be important in the production of new anti-fouling coatings for ships. Biofouling, the accumulation of marine life on ship’s hulls, increases drag on ships and costs the global industry an estimated $7.5 billion a year in wasted fuel.

Aldred commented, “We’ve known for a while there are two components to the bioadhesive but until now, it was thought they behaved a bit like some of the synthetic glues - mixing before hardening. But that still left the question, how does the glue contact the surface if it is covered with water?

“Advances in imaging techniques, such as 2-photon microscopy, have allowed us to observe the adhesion process and characterise the two components. We now know that these two substances play very different roles – one clearing water from the surface and the other cementing the barnacle down.

The Nature Communications article, explains the team’s photonic techniques in detail: “With the aid of multi-photon and broadband coherent anti-Stokes Raman scattering microscopies, we report that the larval adhesive of barnacle cyprids is a bi-phasic system containing lipids and phosphoproteins, working synergistically to maximize adhesion to diverse surfaces under hostile conditions.” 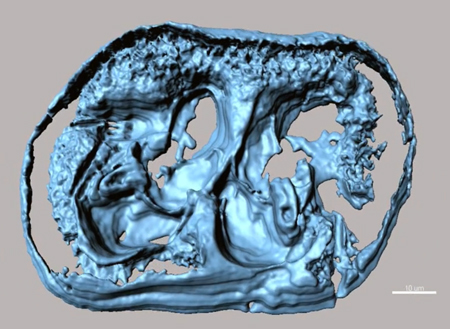 "An incredibly clever solution to the problem of adhering through a water barrier."

Aldred added, “The ocean is a complex mixture of dissolved ions, the pH varies significantly across geographical areas and, obviously, it’s wet. Yet despite these hostile conditions, barnacle glue is able to withstand the test of time.

“It’s an incredibly clever natural solution to this problem of how to deal with a water barrier on a surface it will change the way we think about developing bio-inspired adhesives that are safe and already optimised to work in conditions similar to those in the human body, as well as marine paints that stop barnacles from sticking.”

“The key here is the technology," he said. "With these new tools we are able to study processes in living tissues, as they happen. We can get compositional and molecular information by other methods, but they don't explain the mechanism. There's no substitute for seeing things with your own eyes. In the past, the strong lasers used for optically sectioning biological samples have typically killed the samples, but now the technology allows us to study life processes exactly as they would happen in nature.”