Injection of money from shareholders and directors will pay off Comerica Bank loan amid more boardroom acrimony. 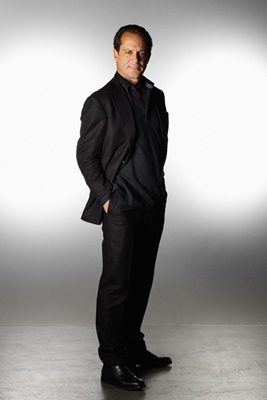 Biolase, the Californian laser dentistry firm that has recently gone through another boardroom shake-up, is set to pay off its debts after raising $12 million in a private placement of stock.

Key shareholder Oracle Partners, along with Birchview Capital and individual backers including some of the company’s own directors, have agreed to invest in the firm at $1.92 per share. The money will be used partly to pay a Comerica Bank loan that has been a critical source of cash, and partly to provide new working capital.

The move follows months of upheaval that have seen a radical overhaul of the company’s board of directors, including the resignation of long-time CEO and chairman Federico Pignatelli. During that period Biolase was also forced into a series of forbearance agreements with Comerica Bank that saw its lines of credit reduced.

Pignatelli remains on the restructured board of directors for now, but in a bid to revive the company’s ailing fortunes last month investors installed Jeffrey Nugent as interim CEO and Paul Clark as chairman, and are pointedly not recommending that stockholders vote for the re-election of Pignatelli at the firm’s forthcoming annual meeting.

A key moment in the recent boardroom battle came last month, when Oracle, which already owned more than 16 per cent of Biolase stock before the latest funding round, won a decision in the Delaware Supreme Court.

That decision affirmed the departure of former director Alex Arrow – who was appointed Biolase COO and president in June 2013 but then resigned from the board (though not the company) in February 2014.

The Oracle lawsuit sought a court determination of the composition of the Biolase board of directors, and included a temporary restraining order designed to stop the board from taking any action without the approval of four of its directors.

Ousted CEO Pignatelli responds
Pignatelli seems unlikely to go quietly, however. On June 27 he issued a press release suggesting that Oracle-controlled board members might be putting their own interests ahead of the company’s, and that they had conspired to oust him. The ex-CEO wants to obtain certain records that he believes will show “wrongdoing, mismanagement and corporate governance failures”.

Pignatelli also reckoned that the new board did not pursue potential financing options with Piper Jaffray and Northland, predicting that a new deal with Oracle was on the cards.

“Such a deal is not in the best interests of the company, will dilute the equity of existing shareholders and likely will give Oracle a controlling equity interest in the company,” he said, adding that during a Biolase meeting on June 26, what he views as the Oracle-controlled board of directors voted to make themselves less accountable to shareholders – for example by stipulating that shareholder suits could now only be brought in Delaware.

“Lastly, the four directors mentioned in my letter voted to reduce the size of the board to no less than three and no more than five members, and then nominated themselves along with me for those seats, furthering insulating themselves from outside influence,” continued Pignatelli, who owned just under a 5 per cent share of the company at the time.

“These actions are not just directed at me, they are designed to curtail the rights of any shareholder or director who dares to hold management accountable for the type of misconduct described in my letter.”

Interim CEO Nugent said of the $12 million private placement: “This investment will help us accomplish our goal to expand Biolase’s global leadership position in superior laser technology across a select range of healthcare needs, while primarily focusing on improving the practice of dentistry.”

The timing of that latest investment coincides with the date of record established for determining voting entitlements at what promises to be a dramatic annual meeting of shareholders next month. The annual meeting is scheduled for August 27 at the Biolase headquarters in Irvine.