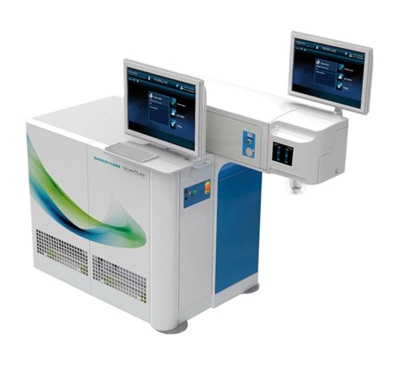 The Laval, Quebec, company is using the sales figures as ammunition in its increasingly fractious attempt to acquire drugs firm Allergan, which also operates in the ophthalmic sector.

The hostile takeover bid, which has erupted into a full-blown war of words between the two firms, began following an unsolicited proposal from Valeant back in April, with a cash bid of $48.30 per Allergan share.

That was soon rejected, but Allergan then filed an investor presentation attacking the Valeant business model, which has typically relied on heavy borrowing.

“Allergan believes that Valeant's organic sales growth, which is primarily driven by price increases, is overstated based on changing definitions and classifications with no disclosure of key products,” said the firm in late May, adding that this “raised concerns” about Bausch + Lomb’s real rate of growth.

The very next day, Allergan received a significantly improved offer, of $58.30 per share, and then another valued at $72.00 per share from a combination of Valeant and investor Pershing Square, which owns a 9.7 per cent stake in Allergan and is its largest shareholder.

Serial acquisitions
Those proposals were also knocked back by Allergan, which went on to highlight what it regards as flaws in Valeant’s business approach.

Since then, the spat has become more personal. In a conference call aimed at Allergan shareholders, the Pershing Square CEO Bill Ackman singled out Allergan CEO Nick Pyott, both accusing him of having a direct conflict of interest regards the potential transaction, and adding that some independent directors had gotten “too close” to him.

Allergan responded on July 14 with another attack on Valeant’s financial reporting, describing Valeant's view of what it called "fast growing" therapeutics areas for Bausch + Lomb as “inconsistent with reality”.

“Bausch + Lomb, which Valeant acquired in August 2013, appears to be losing market share in pharmaceuticals, lenses and intraocular lens,” said Allergan. “However, Valeant claims that the business is growing at a double-digit rate.”

Following that, Valeant issued its report of 12 per cent growth for Bausch + Lomb sales in the latest quarter, while the subsidiary last week received clearance from the US Food & Drug Administration (FDA) to market its “VICTUS” femtosecond laser system for the lens fragmentation step during cataract surgery.

False statements acquisition
Valeant CEO J. Michael Pearson said that the clearance would “dramatically accelerate” adoption of the ultrafast laser technology for cataract surgery in the US, while also taking the opportunity to hit back at Allergan’s claims.

“The results at Bausch + Lomb further validate our business model, which Allergan has no credibility in attacking,” Pearson said. “We believe the only way Allergan will come to the table is if their stockholders call a special meeting to remove directors and that stockholders deserve the right to be heard.”

For good measure, Valeant now says that it has contacted regulators in both the US and Canada about Allergan’s earlier claims regarding Bausch + Lomb sales, and accused the company of making “false and misleading statements”.

“Allergan's continued disparagement of Valeant and repeated questioning of Bausch + Lomb's performance demonstrate their fundamental lack of knowledge about Valeant's business,” said Pearson. “Valeant has owned Bausch + Lomb for 11 months and the business has performed extremely well, delivering total organic growth of eleven per cent since the acquisition, with over 90 per cent of that growth attributable to volume.”

Valeant, which wants Allergan stockholders to call a special meeting to change the company’s bylaws, is calling for the removal of six Allergan directors so that a new set can "thoroughly evaluate" its offer”. It is due to file its full second quarter financial results on July 31.

• In its financial results announced July 21, Allergan said it would cut its workforce by around 1500 positions, in a move seen widely as a response to the Valeant bids.