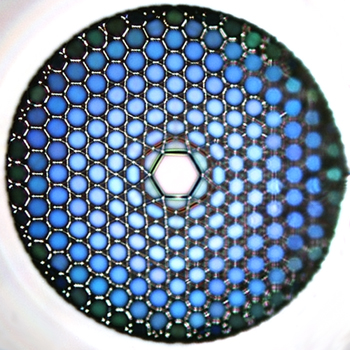 To transmit light through optical fiber with as little loss as possible, infrared wavelengths are usually the best option – as is the case, for example, in optical telecommunication networks.

But for certain applications, such as spectroscopic investigations of ions or atoms, wavelengths in the ultraviolet range (typically a few hundred nm) are required. However, this type of electromagnetic radiation can quickly damage conventional optical fibers.

Researchers at the Max Planck Institute for the Science of Light in Erlangen, Germany, and at the QUEST Institute, based at the Physikalisch-Technische Bundesanstalt, Braunschweig, have tested a new type of optical fiber with a hollow core and discovered that it can guide UV laser light without being damaged and with acceptable loss.

Their investigations, which they have recently published in Optics Express are interesting for numerous applications: besides precision spectroscopy on atoms or ions and their use in optical atomic clocks or quantum computers, fluorescence microscopy in biology, the investigation of process plasmas, combustion studies on soot or the spectroscopy of greenhouse gases would be other possible fields of application.

Optical fibers usually contain a solid glass core, coated with an optically thinner material. Thanks to total internal reflection a light beam is kept inside such a fiber such that it can be transported over long distances without significant loss. The problem with UV light, however, is that its shorter wavelength means it is more strongly absorbed by the glass used in most types of optical fibers causing damage.

The crucial question was to know whether this transport was really single-mode and damage-free, and this is what the metrological experts from the QUEST Institute at PTB had to find out. 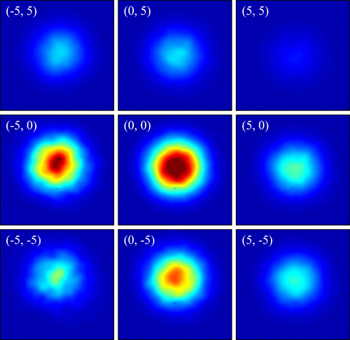 The investigations have shown that in the case of the UV beam used, with a wavelength of 280nm, single-mode transmission was possible and that even after more than 100 hours in operation at a power of 15 mW, no UV-induced damage could be detected.

The new optical fibers have even passed a first application test: the researchers at the QUEST Institute have used them successfully for their spectroscopic investigations on trapped ions. Stabilized by the new fiber, the UV laser beam allows an improved interrogation of the ions' internal state.

Besides the users of such spectroscopic methods (for example in astronomy, chemistry or fundamental research in physics), this could also be useful for researchers who are developing quantum computers, since in that field, the internal states of a particle are the new digital 0s and 1s.