Representatives call for strong industry response to Department of Defense request for information.

Industry buy-in and co-operation will be crucial if photonics is to be selected for one of two new Institutes for Manufacturing Innovation (IMIs) in the US, according to representatives of the National Photonics Initiative (NPI).

Described by NPI steering committee chairman Tom Baer as a “unique opportunity” for the US photonics community – and also open to foreign companies with a US presence – the possibility of a new public-private financed manufacturing facility was raised in a request for information (RFI) issued by the Department of Defense (DoD) last week.

And at a heavily subscribed webinar that took place June 6, the importance of the photonics industry’s engagement emerged as a regular theme.

Speaking at the webinar, Beth Inadomi from the Podesta Group lobbying firm said: “What we need now are strong responses [to the RFI] from the photonics community.

“Strong responses now will increase the likelihood of a future photonics institute,” she said, adding that those responses would help shape any future broad-area announcement (BAA) issued by the DoD, should photonics be selected as one of the two base technologies from a list of six competing for the IMI.

“Industry needs to show its support and buy-in and we need as many strong responses as possible,” Inadomi stressed, while pointing out that the clock was already ticking – the DoD’s deadline for responses is July 14. 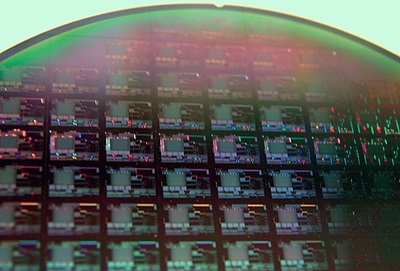 Matched funding
Alan Willner, the University of Southern California professor who co-chaired a committee that recommended setting up the NPI, backed up those comments, saying that industry participation in the process was “crucial” both technologically and financially – not least because DoD funding for any IMI would have to be matched by the private sector.

Willner also drew attention to a section in the RFI devoted to photonics that highlighted a relative lack of co-operation and co-ordination that exists between individual companies in the sector currently, saying that the community needed to take that observation seriously.

“That’s the impression that they have, and it’s our job to show that this will not be the case in the future – that there will be co-operation and co-ordination. It will have a big pay-off,” he said.

Part of the reason for the prior lack of co-ordination is the sheer diversity of photonics technologies and the wide number of markets served, but Willner said that despite that, the public-private funding model was suitable.

“We feel that this is the right time and the right vehicle [the IMI] to make a huge impact. It is a great accomplishment to get this far, but photonics has to fit into the NNMI (National Network for Manufacturing Innovation) architecture. A key issue is industry participation.”

Key issues
Perhaps the key question for the photonics community to answer is how precisely the potential public-private funding of around $150 million might make a significant difference. Inadomi said that the RFI boiled down to three key issues: how a photonics IMI could meet the DoD’s mission; whether photonics was ready technologically for an IMI; and whether there was demand outside of the federal government that would ultimately make such a facility self-sustaining without federal funding.

Efficient utilization of existing industry capability will be another key aspect, as will the potential for a photonics IMI to help educate a future workforce. “It’s very important that this is incorporated in a specific way,” Willner said.

Representing the US defense community’s viewpoint during the webinar’s question-and-answer session, OSD Mantech’s John Christensen confirmed that both cash and “in-kind” financial commitments from industry would count towards the funding – though the latter would need to be clearly justified.

He also clarified that any party that did not respond directly to the current RFI would not be excluded from a future BAA if photonics is selected for an IMI, and that foreign companies would be welcomed, provided that they have a US presence.

Christensen cited BAE Systems and Siemens as two foreign companies that were already involved in existing IMIs. He also stressed that while each funded IMI would be different and tailored to the individual project’s needs, the likelihood was that any future photonics facility would be a physical entity, rather than any “virtual” network of centers.

“We are looking for an ‘industrial commons’,” Christensen said. “We want to see a headquarters.”

Rapid selection process
The RFI selection process also looks to be a rapid one. Following the RFI response closing date of July 14, the six candidate technology areas will be down-selected to just two before BAAs are issued this fall. Subsequent contract awards would then be expected in spring 2015.

By that time, defense contractors are likely to have become a key part of the activity, with Willner saying: “Defense is key. This is DoD money.” Any winning consortium would need to show how the technology would address defense needs, albeit with a vibrant commercial base too, he added.

• Those wishing to contribute to the RFI should visit the DoD’s RFI page to respond directly, or contact the NPI representatives from SPIE (Krisinda Plenkovich) or The Optical Society (Laura Kolton) for more information.