But the German company's laser and optical systems segment offsets impact of export restrictions on metrology and defense divisions. 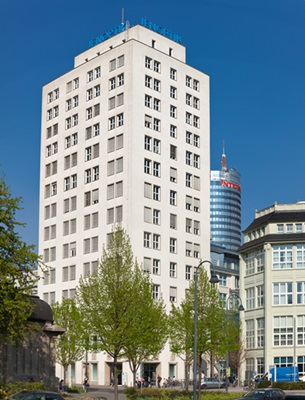 Jenoptik has posted a solid year-on-year increase in orders, despite what it called “subdued demand” across a number of key industrial sectors and the impact of more stringent restrictions on exports from Germany to Russia.

At €446.7 million, order intake across the group for the first nine months of 2014 is up 7.6 per cent up on last year, while current order backlog of €436.9 million is 6 per cent higher than at the start of this year.

However, the difficult market conditions have had an impact on Jenoptik’s sales revenues. In the quarter ending September 30, total sales of €136.9 million were down 8 per cent year-on-year.

The good news for Jenoptik and the wider photonics industry is that the firm’s lasers and optical systems segment is proving more resilient to market conditions, helping to offset significantly lower revenues in both the metrology and defense-related businesses.

“The prevailing reluctance to invest and uncertainties relating to the sanctions imposed on Russia together with stricter export controls resulted in a further weakening of demand in the area of metrology in the third quarter,” stated Jenoptik.

Although sales attributed to the lasers and optical systems unit dropped a little to €54.1 million in the latest quarter, for the first nine months of 2014 they remain 7.4 per cent up on last year, at €172.2 million.

Meanwhile, the metrology and defense units’ sales revenues respectively declined by 14.3 per cent and 7.5 per cent in the most recent quarter.

Sanctions and postponed projects warning
The order intake and backlog figures tell a similar story. At €186 million for the year so far, orders for lasers and optical systems stand nearly 13 per cent higher than this time last year, while backlog is up 14 per cent at €107.2 million.

Jenoptik’s recent geographical diversification in photonics also appears to be paying dividends, with sales to customers in the Asia-Pacific, Middle East and Africa regions collectively up 50 per cent year-on-year.

On the bottom line, pre-tax earnings have held steady for the year so far - at €33.1 million compared with €33.6 million in the first nine months of 2013.

However, recent events prompted Jenoptik to reduce its revenue and earnings forecast for the full year last month. Rather than 5 per cent sales growth on 2013, CEO Michael Mertin and his executive team now predict that revenues will be flat on last year, at around €600 million. They also revised prior expectations of €55 million in pre-tax earnings down to €50 million.

“The more modest forecast for the 2014 annual targets is particularly the result of a deterioration in external circumstances,” wrote Jenoptik’s managers in the company’s 9-month report.

“Significantly weaker demand than expected from the machine construction, semiconductor equipment and automotive industries in recent weeks has had a negative impact on the course of business in the lasers and optical systems and metrology segments.”

They added: “This situation is exacerbated by project postponements on the part of customers. Tighter armaments export restrictions imposed by the German government following the sanctions against Russia have also resulted in lost revenue in the group – in particular in the defense and civil systems segment.”