Plan to create integrated photonics 'ecosystem', part-funded by the US Department of Defense, is announced by President Obama. 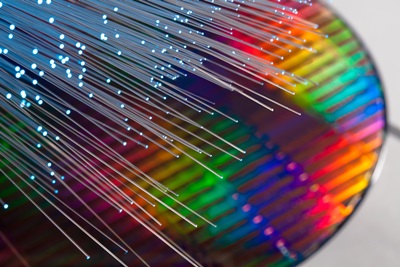 The US government is to provide more than $100 million towards a new manufacturing institute that will be dedicated to the development of integrated photonics technologies.

Funded through a public-private scheme, and echoing similar moves in Europe, the Institute for Manufacturing Innovation (IMI), will aim to replicate the success of the Fraunhofer model in Germany.

Speaking at a "town hall" event arranged to celebrate “National Manufacturing Day” in the US (see video below), President Obama said: “Today, I’m announcing a $100 million competition to create a new hub around photonics.”

Quipping that he had asked Department of Commerce Secretary Penny Pritzer how to pronounce the word “photonics” correctly, Obama added: “This is the science, the technology around light which is used to transmit data and information, and also is used in the manufacturing process for everything from lasers to some of the stuff that the Department of Defense (DoD) is doing.”

Federal funding for the institute – received via the DoD and coordinated by the Air Force Research Laboratory (AFRL) – will be matched or exceeded by the private sector, with the intention of developing new photonics-based technologies with applications in data centers, autonomous driving, drug discovery and more.

A statement from the White House said: “The Integrated Photonics Manufacturing Institute - with over $200 million in public and private resources - is expected to comprise the largest federal investment to date, reflecting the complexity of this technology, its importance to national security, and its revolutionary potential.”

Notice of intent
The decision comes after months of behind-the-scenes efforts by US societies under the umbrella of the National Photonics Institute (NPI). Earlier this year, the NPI’s steering committee chair, Tom Baer, told optics.org that discussions with White House and DoD representatives had been going “extremely well” – and that the IMI funding framework would be a particularly good fit for a photonics foundry or advanced prototyping facility.

That was followed by an official Request for Information (RFI) issued by the DoD in early June, with responses coordinated by the NPI and its founding sponsor societies SPIE (publisher of optics.org) and The Optical Society (OSA).

According to a “notice of intent” announcement from the DoD, a full broad area announcement (BAA) to officially launch a funding competition and solicit bids to create the new institute will be issued in early November. It promises “up to” $110 million in US government investment.

“This institute will focus on developing an end-to-end photonics ‘ecosystem’ in the US, including domestic foundry access, integrated design tools, automated packaging, assembly and test, and workforce development,” states the preliminary notice.

With four similar institutes already set up, and a fifth on the topic of composite materials already in the pipeline, the integrated photonics IMI represents the sixth such hub, and the fourth to be led by the DoD. Coordinating funding for the regional centers through the government department enables federal cash to be accessed without the political complications presented by a deadlocked US Congress.

Regional hub
Each manufacturing innovation institute is designed to serve as a regional hub, and to bridge the gap between applied research and product development. Like the existing hubs, the integrated photonics IMI should bring together companies, federal agencies, universities and other institutions to co-invest in key technology areas that encourage investment and production in the US.

“Integrated photonics manufacturing advances the promise of unprecedented interconnection between electronics and photonics that will deliver previously unattainable performance in speed, density and power consumption,” states the preliminary BAA.

It stresses that, despite the funding source, the IMI will need to be structured to address both defense and commercial applications. The focus will be on advancing technologies deemed to be at the DoD’s technology readiness level 4 (“component and/or breadboard validation in laboratory environment”) to level 7 (“system prototype demonstration in an operational environment”).

Speeding innovation
Obama said that the basic idea was to link manufacturers with universities and researchers to speed up the innovation process, and to “start developing some of the new technologies that we know are going to be key to the future”.

“Now, Germany has about 60 of these manufacturing hubs,” he added, in reference to the various Fraunhofers. Following the composites and photonics hubs, he wants to set up another fifteen such regional centers.

NPI representatives and partner institutions lined up to applaud the Obama administration, saying that it had acknowledged the importance of photonics technologies in the modern world.

Tom Baer said in an NPI statement: “Today’s announcement is the highest possible endorsement and acknowledgment of the critical role that the US photonics industry will play in solving many of the present day challenges, creating US jobs, boosting the economy, and enhancing national security.”

SPIE chief executive Eugene Arthurs added that an IMI dedicated to integrated photonics would “greatly help to strengthen US leadership and competitiveness in photonics, ensuring a robust supply chain that will pay dividends across a variety of sectors of the US economy”.

His OSA counterpart Liz Rogan commented: “Recognition by the [Obama] administration signifies the NPI’s success in bringing together industry and academia to promote the critical importance of photonics.”

The NPI, whose recent white paper stresses the strategic importance of the technology across much of the commercial world, points out that, historically, the US has been extremely good at turning photonics research into commercial applications and manufacturing jobs.

“However, increased global competition has put at risk our leadership position, threatening our national security, economic growth and the pipeline of US jobs,” it warns, advocating for a facility to bring together end-users, material scientists, device engineers, system architects and advanced manufacturing experts.

Backing for the integrated photonics IMI will represent the largest such investment by the US government to date. Proposals are not yet being accepted, but ahead of the full BAA in November, interested parties with questions are invited to direct them towards Fred Arnold at the AFRL (fred.arnold@us.af.mil).