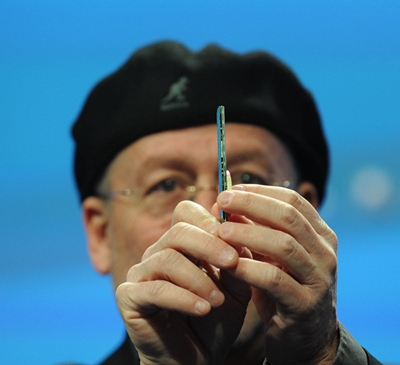 Intel announced at the annual International Consumer Electronics Show (CES) in Las Vegas that it is collaborating with other companies to launch a range of integrated camera modules designed to bring “human-like” sensory interaction to tablets and other PC-like devices.

The first products in the family include the Intel “RealSense” 3D camera, said to be the world's first integrated 3D depth and 2D camera module, and the “Nuance Dragon Assistant”.

Intel, whose CEO Brian Krzanich gave a keynote presentation at the event, said that it was aiming to make interaction with technology simpler, more natural and immersive with the new optics-based products.

Mooly Eden, a senior VP and general manager of perceptual computing at the firm, gave a presentation about the technology, saying: "For decades, people have had to learn new languages, techniques and commands to get our devices to do what we want."

"Our vision with Intel RealSense technology is to reverse that, and make our devices learn and understand us. By equipping them with technologies that mimic human senses in a more genuine way, our everyday experiences such as learning, communication and gaming are transformed; and entirely new ones are possible."

Tablet integration
The camera is set to be integrated into a growing range of Intel products, including tablets, notebook PCs and so-called “all-in-one” (AIO) combination designs.

Systems featuring the new camera are slated to begin appearing in the second half of 2014 from partners including Acer, Asus, Dell, Fujitsu, HP, Lenovo and NEC. On the CES stage in Las Vegas, Intel showed off seven different devices with the integrated camera from Dell, Lenovo and Asus.

The chip giant announced collaborations with Autodesk, DreamWorks, metaio, Tencent, and others that are intended to bring innovative hardware and software products featuring RealSense.

Intel has also teamed up with Microsoft to create more immersive video calls on Skype and Lync services. The 3D camera is able to control and remove a person's background during a video call, thereby presenting just the caller.

The company is also working with flavor-of-the-month 3D printing specialist 3D Systems, whose CEO Avi Reichental joined Eden on the CES stage to detail a collaboration intended to bring 3D scanning and printing to the mainstream user.

As early as the second half of 2014, 3D Systems is set to make available its consumer-targeted “Sense” scanning, editing and 3D printing software applications on devices equipped with the new Intel RealSense 3D camera.

That should bring 3D printing within reach of students and hobbyists, while 3D Systems says it plans to make its 3D scanning technology available to developers as part of the Intel RealSense software development kit.