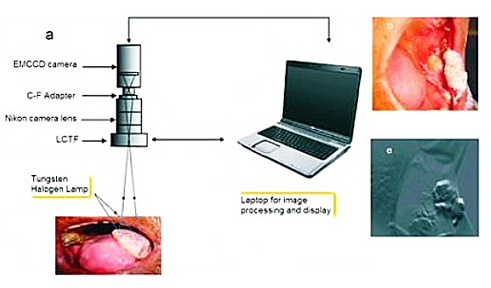 A team of Indian cancer researchers led by Dr Narayanan Subhash of the Centre for Earth Science Studies, Kerala, India, has developed a simple, non-invasive spectral imaging system that could enable rapid, inexpensive mass screening for oral cancers in dental and clinical settings.

Even in the hands of non-clinical staff, the system is capable of real-time discrimination of healthy oral tissue from pre-malignant and malignant tissues with accuracy comparable to the “gold standard” histopathology of a biopsy sample. The core of the novel Diffuse Reflectance Imaging System (DRIS) is an Andor Luca-R EMCCD camera, which captures monochrome images of the patient’s mouth at 545 and 575nm. 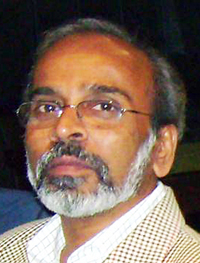 Andor’s SOLIS software then computes a ratio image of the area under investigation, based on the images captured at the two wavelengths, and generates a pseudo colour map (PCM), in which blue designates healthy tissue, red denotes dysplastic/pre-malignant tissue, and yellow identifies malignant tissue. This allows rapid visual differentiation of oral lesions and identification of regions with pre-malignant characteristics.

Dr Subhash commented, "Since mortality from oral cancer is particularly high, early detection, diagnosis and treatment is vital in increasing the survival rate of those with the disease. Our imaging method has the great advantage of non-invasively scanning entire lesions and their surrounding areas and automatically categorizing these oral lesions into normal, pre-malignant, and malignant tissue in real-time.

"It also delineates the boundaries of neoplastic changes and locates sites with the most malignant potential for biopsy, thereby avoiding unnecessary repeated biopsies and delay in diagnosis. What’s more, imaging the entire region may also help the surgeons to identify the margins of the lesion that cannot be easily visualized by the naked eye during surgical interventions."

Orla Hanrahan, of Andor, commented, "The Luca-R EMCCD camera is designed around a monochrome, megapixel frame-transfer EMCCD sensor. This enables single photon sensitivity from a TE-cooled, USB 2.0 camera platform. This megapixel sensor has a pixel size of 8µm and operates at up to 12.4 frames per second." 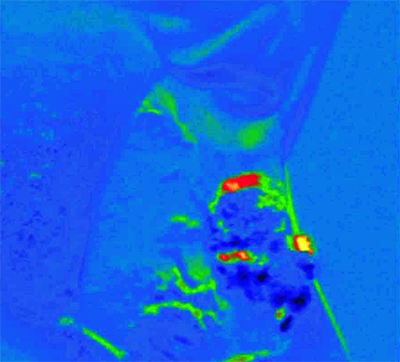 Oral cancer is a significant and growing killer worldwide. Incidence rates for men and women in the UK have risen by almost 80% since the mid-1970s, with major risk factors cited as heavy alcohol consumption, smoking, infection with human papilloma virus (HPV) and the chewing of betel leaf in some Asian countries.

This last factor is much more significant in the Indian sub-continent and South-East Asia and the work of the team in India has proven diffuse reflectance imaging has the potential to be a valuable, non-invasive tool in the continuing fight against cancer.

Furthermore, the multi-spectral DR imaging technique has the potential to be used as an adjunct to colposcopy in the screening of cervical pre-cancers and in the identification the most malignant site for biopsy.

Andor will be exhibiting at Photonics West 2014 on booth 717. Its highlights will include: a live demo of the F/1.8 Andor Holospec spectrograph, which complements Andor’s ultra-sensitive CCD, EMCCD and ICCDs detectors for visible or NIR spectroscopy; and the new iDus 416 platform, which offers a combination of low dark noise and high QE, for NIR Raman and photoluminescence analysis.