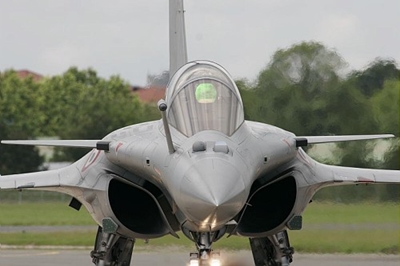 The award follows the completion of what Thales calls a “risk reduction phase” throughout 2013, and series production of the new pod is expected to begin in 2018.

Following that, it will provide the French air forces with a new level of imaging capability for both daytime and night conditions. The pod will also be designed to be compatible with both the Rafale and Mirage 2000D fighter aircraft.

Optronics support
Gil Michielin, the VP of Thales’s optronics business, said in a company statement: “Thales is proud of the confidence that the DGA and the French air force have shown in choosing us to develop this new system.”

“The [laser designator pod] is the result of close and constructive collaboration between specifiers, users and Thales. It will provide air forces an effective and competitive system. The award of the development contract confirms the government’s support for France’s airborne optronics sector and its engineering and industrial capabilities.”

Thales adds that receiving the development contract confirms the importance of optronics in future air combat systems, and acknowledges the technical and operational expertise that Thales has acquired on laser reconnaissance and designation systems over the past 40 years.

Aside from its activity in France, Thales Optronics has major sites in Glasgow, UK, and another base in The Netherlands.

Back in 2012, Thales and another French defense firm, Sagem, created “Optrolead”, an equally-owned joint venture company dedicated to defense optronics.

Intended to be responsible for the sale of future optronic systems involving the two firms, the new company was said to be staking out a position in several major programs, including the optronic payload for the planned upgrade of the French navy’s Atlantique 2 (ATL2) maritime patrol aircraft, the imaging system for the future French-British MALE (medium-altitude, long-endurance) drone, modular optronic systems for army combat vehicles, and optronics for future helicopters.