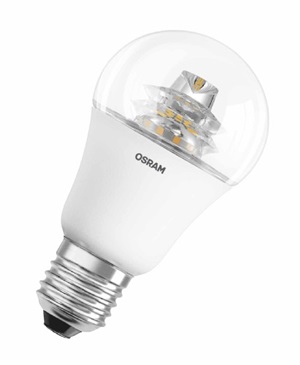 Analysts at the market forecasting company IMS Research (part of IHS) are expecting shipments of gallium nitride (GaN) LEDs to exceed 100 billion units this year - equivalent to 15 for every person on the planet.

The light-emitting material, which can produce wavelengths across the near-ultraviolet, blue and green parts of the spectrum, depending on the precise make-up of the compound semiconductor used in the chip structure, now accounts for the vast majority of LEDs.

The first wave of GaN-based LEDs was driven by adoption of the technology in mobile phone handsets, where the compact devices began to replace bulkier and less efficient fluorescent lamp backlights around a decade ago.

As the technology has matured, it has penetrated much larger displays, usurping fluorescent backlights in LCD televisions, and is now making serious inroads into the much larger market sector of general lighting.

While mobile phones typically contain only 5-10 LEDs, TVs incorporate hundreds, and so this application has been instrumental in driving down the manufacturing cost of GaN-based emitters.

IHS analyst Jamie Fox estimates that GaN devices now account for fully 85 percent of total revenues in the LED industry. The material dominates in key applications like TVs and lighting, where chips emitting light in the blue or violet spectrum are combined with various different types of phosphors to convert the emission into white light.

Fox predicts that sales of GaN LEDs alone this year will pass the $10 billion mark as unit shipments reach 100 billion. “If we consider the total LED market - including AlInGaP, GaN and other LED types - the $10 billion revenue and the 100 billion unit shipment levels were actually reached in 2010,” said the analyst. “But now in 2013, both of these thresholds are predicted to be attained by the GaN LED market alone, showing how large the segment has become.”

“Third wave”
The success of LEDs in TVs, PC monitors, notebooks and now tablet PCs is often referred to as the “second wave” of the technology’s adoption, while the long-predicted emergence of LED-based solid-state lighting will represent its “third wave”.

Fox’s figures highlight the tremendous growth of the GaN LED market in recent years. Revenue in 2013 is forecast to be double the level recorded only four years ago, while unit shipments this year will have more than tripled since 2009.

Because of those “waves” of adoption, the growth of the market has historically proved to be somewhat “lumpy” – reflecting the way that sudden bursts of demand and investment in GaN chip manufacturing capacity are followed by periods of overcapacity and fierce price competition.

And despite solid-state lighting with GaN LEDs apparently on the cusp of revolutionizing the general lighting industry, Fox forecasts that revenues will only rise slightly this year compared with 2012, reaching a total of $10.2 billion.

However, a return to stronger growth is predicted for 2014, as demand for LEDs in general lighting applications really starts to kick in.

IHS projects that the market for GaN LEDs used in general lighting applications will reach $3.4 billion this year, rising to $6.7 billion by 2016 – with widespread adoption of the technology offset by significant price reductions.

In contrast, the market for GaN LEDs used in TV backlights will actually start to decline, as manufacturers cut down on the number of LEDs needed in each backlight unit. Estimated at $2.1 billion this year, IHS says that revenues relating to TV backlights will contract by an average 7 percent each year for the foreseeable future.

Osram spin-off set for July 8
The fierce competition provided by volume LED makers in Korea, Taiwan and China will continue to make life tough for their Western rivals. Despite the boost from general lighting, IHS thinks that declining profit margins players will make it increasingly tough for many to thrive.

That tough competition could be reflected in the forthcoming sell-off of lighting company Osram by its owner Siemens. The giant German engineering firm is spinning off the lighting firm, including its LED making subsidiary Osram Opto Semiconductors, in an initial public offering (IPO) worth an expected €3.2 billion and equivalent to 80.5% of the subsidiary’s stock.

That IPO is now scheduled for July 8, but has been delayed for two years amid a difficult market for LED makers and wider economic turmoil, and Siemens announced widespread job cuts at Osram when it revived the spin-off plan last November.

In a recent investor presentation, Siemens estimated that by 2016 LED-based lighting would account for 45% of a global lighting market worth €99 billion, rising to 66% of a €113 billion market by the end of the decade.

However, Reuters reported last week that shares in the company could drop in value as soon as they are floated in Frankfurt, because some institutional investors would be compelled to sell immediately - causing what Siemens described as “considerable selling pressure”.