A trio of projects indicate the variety of biophotonics research underway at University College, London.

The recent Photonex Roadshow meeting on biophotonics held at University College, London (UCL), included brief presentations on some of the ongoing biophotonics and medical physics projects underway at the university, demonstrating the significance of UCL as a center of research and development in this field.

As a further illustration, summaries of three of the University's biophotonics projects help to demonstrate the breadth of research underway, ranging from early-stage optical breakthroughs to clinical applications. 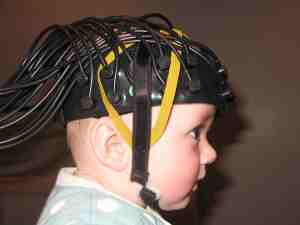 In March 2013, the UK's Engineering and Physical Sciences Research Council (EPSRC) awarded a grant of just under £1 million to a team led by Clare Elwell of UCL's Department of Medical Physics and Bioengineering, in support of their design of novel multimodal neuroimaging platforms.

UCL has developed systems based on the principle of optical topography, in which multiple reflectance measurements of light at small source-detector separations are acquired over a large area of tissue, either simultaneously or in rapid succession.

This exploits the ability of functional near-infrared spectroscopy (fNIRS) to monitor brain activity by measuring changes in the concentration of both oxy- and deoxy-hemoglobin, thanks to their different spectra in the NIR range.

UCL's current implementation employs 32 laser diode sources (including 16 operating at 780 nm and 16 at 850 nm, each emitting at around 2 mW) and 16 avalanche photodiode detectors. All the sources are illuminated simultaneously, but are modulated at different frequencies. A Fast Fourier transform operation on the signal received by each detector allows the corresponding source to be identified.

The key benefit of this design is the relative ease with which different arrangements of sources and detectors can be employed on different tissue surfaces, with only minor changes to the software needed.

"Flexibility and sensitivity are the main advantages, along with the fact that the design of the headgear used has been developed jointly by engineers and psychologists - effectively the end users," commented Elwell. "The attention to detail in the helmet design meant that a number of prototypes were tested and evaluated."

The optical topography system has been put to use in a number of clinical tests, such as recording the changes in blood oxygenation in the visual cortex of 4-month-old infants given visual stimuli. The aim was to demonstrate the capability of the system to spatially localize functional activity, and study the possibility of depth discrimination in the hemodynamic response. Activation maps were obtained using 3D reconstruction methods with optical topography data containing several different source–detector separations.

"Other applications in clinical and life science applications include intensive care in adults, children and babies; and investigating autism in young infants," confirmed Elwell. "To date the systems in intensive care have been used for research rather than clinical management, but we are now seeking funds to develop a commercial clinical device. The EPSRC funding will also assist in exploring wireless wearable systems, enabling the monitoring of patients away from hospital wards."

Photoacoustic techniques to visualize vascular anatomy have been under development for some time, but a new imaging system developed at UCL could have significant advantages over earlier designs.

The UCL platform is all-optical, employing a design of planar Fabry-Perot interferometer (FPI) constructed from polymer film to detect the photoacoustic waves, rather than ultrasound transducers or piezoelectric detectors. 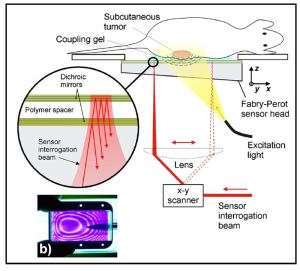 "This is a wholly new type of photoacoustic scanner," commented UCL's Paul Beard, also from the Department of Medical Physics and Bioengineering. "I don't think there were any technological barriers to realizing this concept before now; it appears that no one else had thought of it before we did."

It also means that the PA sensor can operate in "backward mode," with the source and detector located on the same side of the tissues being scanned, a boon in many practical scenarios.

Other advantages, according to Beard, include the ability to spatially sample the incident acoustic field with a resolution of tens of millimeters, greater than can be readily achieved with piezoelectric detectors; and the sensor's uniform wideband frequency response characteristics.

The UCL team has used the scanner to obtain non-invasive images of tumor development in mice, producing three-dimensional in vivo images of whole tumors to depths of almost 10 mm with sub-100-micron spatial resolution.

"The image acquisition time is currently quite long, around five minutes for the images of tumor vasculature, so the next step is to speed that up using higher pulse-repetition-frequency excitation lasers and parallelizing the sensor read-out," commented Beard. "We are also working on developing sensors with increased sensitivity."

A clinical version of the scanner is currently being developed, employing a hand-held imaging head for applications such as characterizing skin cancers.

The Photonex meeting heard Dimitri Kullmann from UCL's Institute of Neurology describe how optogenetics could potentially be used to treat epilepsy by selectively attenuating seizure activity in the relevant neurons.

Optogenetics is a significant area of biophotonics research, in which light is used to directly stimulate or quench the activity of particular neurons, by interacting with light-sensitive proteins called opsins. The biochemistry involved has received much attention, but Kullmann described some of the key factors involved in the optical side of the process. 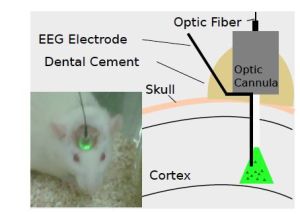 "The challenge from the photonics perspective is to miniaturize efficient light delivery," he said. "We have been pursuing this by using a high-efficiency LED coupled to a short optical fiber poking into the region of the brain where the optogenetic actuator protein is expressed. There are some alternatives using micro-fabricated light guides, but I think they are really only feasible with lasers."

Although lasers can potentially be coupled to optical fibers more efficiently than LEDs, issues of energy efficiency and physical bulk can present problems in optogenetics experiments on small animals - although potentially less of a hurdle for larger animals where hardware could perhaps be implanted into the subject.

Naturally the choice of optical parameters themselves must also be carefully controlled. It turns out that the opsins involved can be quite broadly tuned, and activated by light approximately 50 nm either side of the preferred wavelengths; but getting the light intensity right is critical.

"The optimal values are between 5 and 30 mW/mm2," said Kullmann. "Less light and you don't get activation; more light and you start heating the brain. Getting a uniform light intensity can also be tricky, and several groups are trying to design arrays of optical fibers to spread the light out."

Clinical trials using such optogenetics techniques may still be some way off, as Kullmann noted. "There is a general anxiety about introducing non-mammalian proteins in the brain, despite evidence that some opsins can in fact be well tolerated without any evidence of increased neuronal death. Still, the regulatory bodies will need to be convinced."