First prototype of ultrafast laser for scientific applications from new business division will be on show at Munich trade fair. 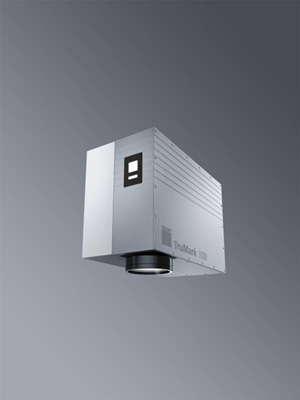 Laser in a shoebox

Industrial laser giant Trumpf is to unveil the first prototype pump source developed by its new scientific business unit at the forthcoming LASER: World of Photonics event in Munich.

The Germany-headquartered company, which will once again be dueling with rival Rofin-Sinar to host the largest of the exhibits at the biennial Munich show, will debut a wealth of other lasers at the event – including an ultrafast laser aimed at industrial applications.

Trumpf says it is adding four new beam sources to its portfolio of short-pulse and ultra-short-pulsed lasers for industrial use. Its TruMicro 5080 is said to raise the output power of picosecond lasers to a record-breaking average of more than 150 W.

Another variant, the frequency-doubled TruMicro 5280, delivers more than 100 W of average output power in the green spectrum, while new picosecond lasers in the TruMicro Series 2000 range offer a lower average power but a high beam quality designed for applications such as cutting polyimide and glass structuring.

Shoebox marker
The Ditzingen firm also says that it will present a “world first” in Munich with its ultra-compact TruMark Series 1000. The infrared marking laser, together with power supply and scanner, are all said to fit inside a 10 kg unit just the size of a shoe box.

At the other end of the power output scale, Trumpf’s TruMark Series 5000 will be aimed at rapid processing of both metal and plastic parts in volume.

Visitors to the Munich show will also see a new higher-efficiency generation of Trumpf’s disk lasers on view. The 6 kW sources are said to reduce user operating costs by as much as a quarter, thanks to an electrical efficiency in the region of 30 percent and a redesigned control system.

The newest of these lasers is the company’s TruDisk 2000, which is being exhibited for the first time in Munich and is set to go up against high-power fiber lasers targeting cutting and welding applications.

With direct diode sources representing an emerging trend in laser materials processing, Trumpf will show off its TruDiode 6006, which is said to deliver 6 kW of power together with an energy efficiency in the range of 40 percent. “This is all down to a simple, space-saving laser concept,” says the company, claiming that the product is the most compact diode laser in its power class available on the market.

While carbon dioxide lasers might be seen by some as something of a dinosaur these days, they do still command a large market share in the industrial world and offer the twin benefits of versatility and high beam quality – and Trumpf has further developed its offering in advance of the show.

It will introduce the compact new TruCoax 1000 range in Munich, sources designed for both metallic and non-metallic materials processing. According to Trumpf, the lasers are “completely maintenance-free”, requiring no replacement of pre-mix gas or HF tubes, or even any refurbishment.

The 21st LASER: World of Photonics show takes place on 13-16 May at Messe München.