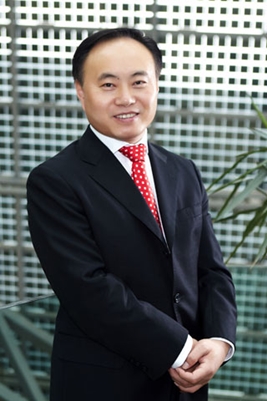 A boardroom battle has erupted at Suntech Power, one of the world’s largest manufacturers of solar photovoltaic (PV) cells and modules, just days before the Chinese company is due to make a $541 million bond repayment.

On March 4, the company announced that it had replaced Zhengrong Shi, the former University of New South Wales scientist who set up Suntech in 2001, with Susan Wang.

“Ms. Wang replaces Zhengrong Shi, who will remain a director of Suntech,” announced the firm, which is listed on the New York Stock Exchange, in a brief statement. “The board thanks Dr. Shi for his contributions as chairman.”

But a day later, Shi issued his own statement, in which he refused to step down at such a critical time for the company. He responded thus:

“1. The board's decision to purportedly remove me was misconceived and unlawful. The board had no legal basis for doing so, and the decision was invalid and of no effect. The actions taken at this time by the rest of the board show that they are not focused on the issues most important at hand and are not acting in accordance with the best interest of the company.

“2. I will take all steps necessary to protect the company from being harmed by unlawful actions such as the above.

“3. I am fully committed to continuing to serve the company as executive chairman to the best of my ability and to guide it through these difficult times.”

Tough times
Those “difficult times” could refer to any of a series of developments hitting Suntech – as recently as 2011 ranked as the world’s largest PV company by module shipments - over the past few months.

On top of the US International Trade Commission (ITC) decision to add import tariffs to its PV products, last July Suntech revealed that might be a victim of financial fraud, in relation to a €554 million bond deal designed to finance PV installations in Italy.

In August, Shi was replaced as Suntech CEO by David King, who had joined the company as CFO in May 2011 – with Shi becoming executive chairman and “chief strategy officer”. The following month Suntech confirmed that it had shut down some of its cell manufacturing capacity. 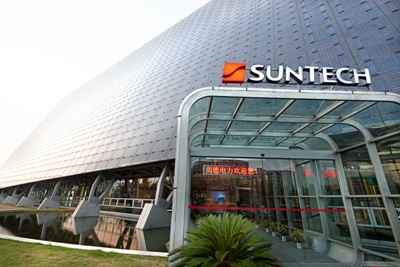 Then in December the firm slashed its PV shipment forecasts, having previously invested heavily in expanding capacity before demand for PV from European markets entered a slump and PV cell and module prices plunged.

In its most recent financial statement, a preliminary report for the quarter that ended September 30, Suntech said that revenues had fallen by 18% sequentially, and estimated that the bond issue fraud would require up to an $80 million reduction in net income to be recorded for its 2010 financial year.

On top of that, the company faces a $541 million bond repayment that is due March 15. According to a Bloomberg report, Shi believes that the Suntech board has “no plans” for refinancing that debt, even though the company has been in talks with financial advisers, bondholders and local government in Wuxi, China, to find a solution.

In Suntech’s statement on the appointment of Susan Wang, the firm’s new chairwoman had hinted at those immediate financial challenges, saying: "Suntech's board and management team are focused on resolving critical capital structure initiatives and charting Suntech's path forward as a leading supplier of solar products."

According to the Bloomberg report, some analysts believe that the Suntech board is preparing to cede control of the company to a third party – a move that would likely be resisted by its founder and long-time CEO.

“I have to do my best to save the company,” Shi is quoted as saying by Bloomberg.