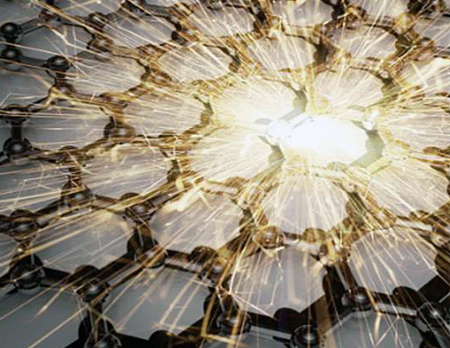 Graphene can convert a single photon into “multiple” electrons

Graphene can convert a single absorbed photon into “multiple” electrons that can drive electric current – which the ICFO, Barcelona-led research team describe as “a very promising discovery” that makes graphene an important alternative material for light harvesting technologies, now based on conventional semiconductors like silicon.

This discovery was made by researchers at the Institute of Photonic Science (ICFO) —an associate institute of the Universitat Politècnica de Catalunya-BarcelonaTech, in collaboration with Massachusetts Institute of Technology, Cambridge (USA), Max Planck Institute for Polymer Research, Germany and Graphenea S.L. Donostia-San Sebastian, Spain, and reported recently in Nature Physics; (DOI: 10.1038/NPHYS2564).

Prof. Frank Koppens, group leader at ICFO, commented, “In most materials, one absorbed photon generates one electron, but in the case of graphene, we have seen that one absorbed photon can produce many excited electrons, and therefore a greater electrical current. This feature makes graphene an ideal building block for any device that relies on converting light into electricity. In particular, it enables efficient solar cells that can harvest light energy from the full solar spectrum with low loss.”

The experiment consisted in sending a known number of photons with different energies (different colors) onto a monolayer of graphene. Co-researcher Klaas-Jan Tielrooij said, "We have seen that high energy photons [violet] are converted into a larger number of excited electrons than low energy photons [infrared].

The linear scaling of the number of generated excited electrons with photon energy shows that graphene converts light into electricity with very high efficiency. Even though it was already speculated that graphene holds potential for solar cells, it now turns out that it is even more suitable than expected.”

Although there are some issues for direct applications, such as graphene’s low absorption, the new material holds the potential to cause radical changes in many technologies that are currently based on conventional semiconductors.

Koppens added, "It was known that graphene is able to absorb a very large spectrum of light colors. However now we know that once the material has absorbed light, the energy conversion efficiency is very high. Our next challenge will be to find ways of extracting the electrical current and enhance the absorption of graphene. Then we will be able to design graphene devices that generate highly efficient solar power." concludes Koppens. 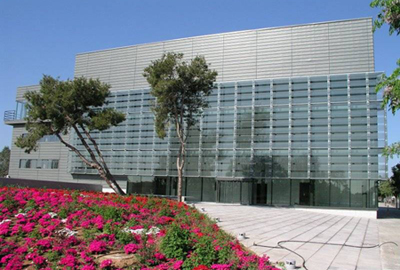 The Institute of Photonic Science in Barcelona, Spain.

Frank Koppens: Graphene is already used in certain photo-detectors, which is based on the absorption of light by graphene that generates an electron and hole pair that generates a current. This had been shown but we didn’t know exactly what happens this process. It was predicted that there would be such an effect notably by our R&D partners at MIT. Klaas-Jan came up with en experiment to look at this in a clever way – by looking at this process with a UF microscope to closely follow the process between light absorption to the generation of electrons and electricity.

Klaas-Jan Tiellrooij: It is relatively straightforward because there’s a trade-off between two mechanisms that can happen: one is that the excited electron – so the one that is created by light absorption, that first electron hole pair, can either give its energy to phonons so to heat in the lattice so that the whole piece of graphene would warm up a bit – and two, in the other case, it could transfer its energy to secondary electrons that become excited, so that they also gain a little bit in energy and become so-called “hot” electrons.

FK: The energy equation balances because one electron with high energy transfers its energy to five or ten electrons of much lower energy. This is an interesting process because in typical semiconductor materials the excess energy of an initially excited electron gets lost and it ends up with only the energy of the band-gap.

In the case of graphene, it also loses its energy but it transfers it to the secondary electrons that gain energy as well, so that means that all of the energy of the light is used and converted into excited electrons.

To consider the efficiency of conversion, what we are measuring is the ratio between the amount of energy that goes from the first excited electron to the secondary electrons and compare it to the amount of energy that goes into heat. We have found that that percentage is more than 80% even at quite high photon energies. Eighty percent is quite high – yes!

K-JT: That doesn’t mean this would be the efficiency of a photovoltaic device [based on graphene] so I have to emphasize here that this is an experimental technique that measures the number of excited electrons, and we still have to show that we can really use this to generate power.

But we are pretty confident that this will enhance the photo detection efficiency, we did show that the number of hot electrons is going up if we shine a light with higher energy. It’s not a device but we have looked at the properties of the material. And we believe that this discovery could lead to various useful devices of the solar cell or optical converter type.

FK: This is this only the beginning – graphene optoelectronics is a very large field and we have only just started. There are many future experiments that we are going to do. With graphene for example to make photodetectors, solar cells or hybrid devices, maybe light emission as well and in the future to combine graphene with other materials or use other types of 2D materials in optoelectronics and photovoltaics.

There are many ideas being pursued by us and many other groups all over the world. The EU has announced the acceptance of recent humungous €1 billion R&D proposal, which will be a collaboration between academia and industry.