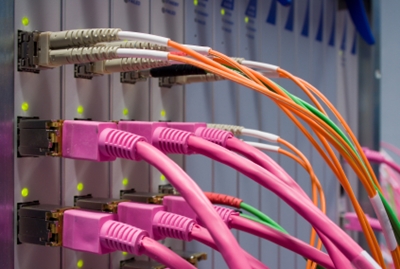 Researchers at Aston University’s Institute of Photonic Technologies (AIPT) have joined a four-year European project that is aiming to dramatically increase the capacity of fiber-optic communications.

The “MODE-GAP” project, an €11.8 million effort that was funded through the fifth call of the European Commission’s Framework Programme Seven (FP7), is over half-way through its term and is scheduled for completion in October 2014.

AIPT, which has a 50-strong team of researchers, joins a project led by the University of Southampton’s Optoelectronics Research Center and featuring a number of industrial partners including Nokia Siemens Networks, Eblana Photonics, OFS Fitel Denmark and Phoenix Photonics.

According to Andrew Ellis, who will lead the AIPT participation in MODE-GAP, the team will bring its particular strength in computer modeling of optical communications to the project:

“Aston will be able to accurately estimate the likely performance advantages of the various strategies within MODE-GAP, which is essential to establish that a significant net benefit over conventional systems may be achieved,” he said.

Capacity crunch
The MODE-GAP team is aiming to develop technologies capable of providing networks with at least 100 times the capacity of today’s deployed fiber-optic systems.

Historically, the capacity of those networks has been extended by increasing the number of wavelengths of light transmitted through the fiber. But the explosion of mobile data demand, in particular driven by video streaming to smart phones and tablets, is threatening a communications bottleneck.

MODE-GAP project leader and Phoenix Photonics CEO Ian Giles said of the addition of the AIPT team: “Professor Ellis is internationally recognised for his contributions in the fields of nonlinearity in optical communications, and for highlighting the impending capacity crunch. We have already made significant progress, including showing a world leading result for multi-channel transmission, but this project is critical to people all over the world and we can only be strengthened in our work by the addition of the AIPT to our team.”

Last October, the project team announced that, using multi-mode fiber, 96 channels and three spatial modes, it had set a new fiber-optic data capacity record of 57.6 Tbit/s. That is six times faster than current technologies can offer and said to be easily enough to connect the entire population of the world with simultaneous phone calls.

In November, the MODE-GAP developments also resulted in Eblana Photonics’ new 1.88 µm laser diode module – although that product is initially being targeted at moisture sensing applications rather than communications.