Photonics selected as one of seven new collaborative research centers in the country. 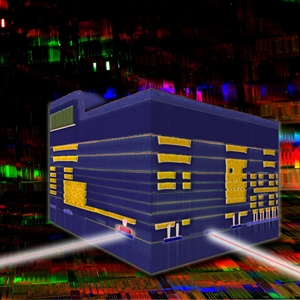 Ireland is to establish seven new “world-class” research centers – including one dedicated to photonics – as it makes a €300 million investment in what it sees as key technologies to underpin the country’s economic future.

According to the Irish government, the move represents the largest ever co-investment of funds by the state and industry into research, with more than 150 commercial partners already involved in the strategic development.

€200 million from the state is set to be complemented by €100 million in industry funding from the likes of Intel, Cisco Systems and IBM, aimed at creating jobs – including a planned 800 high-level researcher positions - and meeting major societal challenges.

The funding will be provided over the next six years with a mid-term review, and optics.org understands that photonics will be supported with approximately €30 million set to be allocated to the Irish Photonic Integration Research Centre (“I-PIC”) at the Tyndall National Institute in Cork.

"I-PIC" effort
Paul Townsend, the head of photonics at Tyndall, will head up the I-PIC effort as lead principal investigator, with no fewer than 16 industrial partners involved in the effort. Alongside Townsend, the academic thrust will be provided by Dublin City University’s head of school Colette McDonagh and associate dean of research Liam Barry, as well as Guillaume Huyet from the Cork Institute of Technology, and biochemistry professor Dmitri Papkovsky from University College Cork.

They will be working on making major advances in photonics integration, analogous to those seen in the development of electronic integrated circuits over the past 50 years, to enable much higher levels of functionality while simultaneously reducing the cost and size of devices.

Those advances are expected to enable new market opportunities in applications ranging from communications to medicine, sectors that are believed to employ more than 100,000 people in Ireland.

“I-PIC brings together the internationally recognised Irish research capabilities in photonics and biomedical science and 16 industrial partners, many of whom are indigenous SMEs,” stated the Irish government’s release. “The specific goals of the center will be to provide technological solutions via photonic integration to enable point-of-care medical diagnostics, minimally invasive patient monitoring and screening procedures, and continued growth of the internet.”

The new funding will be delivered through Science Foundation Ireland’s (SFI) “Research Centres Programme”. In a statement announcing the funding, Mark Ferguson, the director general of SFI, said that the seven funded research centers were selected from an initial 35 proposals, following a “highly competitive and rigorous international peer review process”.

“Each proposal was examined for scientific excellence through international scientific review by eminent scientists from the world’s leading universities and for potential economic impact through an international impact review by distinguished industrial R&D leaders, high technology investors, translational institute directors and tech transfer directors from world leading universities,” he added, stressing the strong potential for the supported areas to deliver societal and economic impact.

Each center is set to become a hub for platform research areas of national importance, and will be able to add new industry and academic partners in the form of “spokes” or linked research streams, to ensure that funding is used in a collaborative and consolidated way.

“This ‘hub and spoke’ model will allow every center to maximize the potential of the platform research provide flexibility and scalability by allowing new and existing multi-national companies, SMEs and academic groups to partner in research projects and potentially create new research breakthroughs,” Ferguson explained.