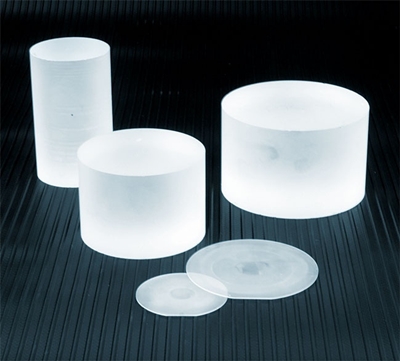 Based on hydride vapor phase epitaxy (HVPE), the technique is much faster than the standard metal-organic chemical vapor deposition (MOCVD) systems in widespread use today, and promises to further cut the cost of solid-state lighting.

The move is part of a development and licensing deal agreed between GT and the France-based materials firm Soitec, and exploits the HVPE technology developed at Soitec’s “Phoenix Labs” subsidiary in Arizona. Pre-payment of licensing fees is said to be under way already, with the first tools scheduled to be available next year.

Once developed, the result should be widespread availability of new high-volume, multi-wafer equipment capable of producing high-quality epitaxial layers of gallium nitride (GaN) for both LED and power electronics applications.

“The higher growth rates and improved material properties made possible by the HVPE system are expected to significantly reduce process costs while boosting device performance compared with the traditional MOCVD process,” said the two companies in a joint release.

Proprietary technology
According to them, the new system will incorporate technologies developed by Soitec Phoenix Labs, including a proprietary source delivery system that is expected to lower the costs of the “precursor” chemicals that are delivered to the HVPE reactor. Those chemicals contain the key elements that form the light-emitting and other critical semiconductor layers within the LED wafer stacks.

The HVPE system, set to become available in the second half of 2014, will also enable the production of so-called “GaN template” sapphire substrates at a high-volume scale. The advanced substrate materials combine the maturity of sapphire with a GaN layer whose crystal lattice structure is perfectly matched with that of the ultrathin semiconductor stack deposited on top – but have tended to be very expensive when compared with standard sapphire material.

“We have been working for more than six years on GaN epitaxy processes and have created this breakthrough HVPE technology critical in producing high-quality and low cost GaN layers on sapphire substrates,” said Chantal Arena, VP and general manager of Soitec Phoenix Labs.

“The development and license agreements we are announcing today with GT is the ultimate validation of this work and builds on the agreement we announced last year with [Chongqing] Silian to integrate a HVPE-based technology on their sapphire.”

GT already has a strong connection with Chongqing Silian. Almost exactly a year ago, its "Crystal Systems" subsidiary signed a deal to supply Silian with 500,000 TIE (2-inch equivalent) of 6-inch diameter C-plane sapphire cores grown at GT's facility in Salem, Massachusetts, from which the Chinese firm intended to produce sapphire substrates for the high-brightness LED industry.

Tom Gutierrez, GT’s president and CEO, said of the Soitec agreement: “GT has a successful track record of delivering innovative equipment that has changed industries such as solar photovoltaics and LED. Our decision to enter into the agreements with Soitec is the result of our extensive search for the right partner with the right technology to complement our equipment business as we diversify into new, high-value technologies.”

Gutierrez adds that, once commercially available, the new HVPE system will further reduce the cost of LED devices, helping to accelerate the lighting industry’s transition to a solid-state future and make semiconductor-based lighting a more competitive option versus incumbent technologies.

• The GT/Soitec deal comes just a few days after Soitec agreed a licensing and technology transfer deal with Japan's Sumitomo Electric to advance the manufacture of advanced GaN substrates used in LED production.