Contract win for G&H at UK’s nuclear weapons agency; firm to give update on MINERVA project. 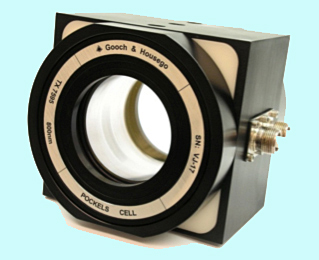 A Pockels cell from Gooch & Housego.

Specialist optical components and systems developer Gooch & Housego has announced the delivery of a number of large aperture Pockels Cells to AWE, the UK’s Atomic Weapons Establishment, based in Aldermaston. The number of cells and value of the contract was not disclosed.

AWE plays a crucial role in the defense of the UK; it is the home of the UK’s nuclear deterrent, where, for example, warheads for Trident, a submarine-launched ballistic missile system are built and maintained. AWE has been at the forefront of the UK nuclear deterrence program for more than 60 years, delivering to the UK Government, providing innovative solutions to national nuclear security and supporting the Continuous At Sea Deterrence.

Gooch & Housego’s TX series of large-aperture Pockels cells have also been installed in a number of petawatt lasers to protect the beam line from back-reflections. The company has previously installed Pockels cells into other large-scale laser facilities, including those for fusion research. The TX series is available in apertures up to 99mm.

The TX Series KD*P Pockels Cells are the most advanced large aperture optical isolators commercially available and are proven performers in high power applications. G&H, which is the main producer of Pockels Cells for the development of laser induced nuclear fusion and sub-micron microlithography, added that nearly 300 such units are currently in use worldwide – more than twice the total from all other manufacturers combined.

G&H’s Gary Stevens will be delivering an update on progress in research on using ZBLAN and Chalcogenide fibers for mid-IR fused devices as part of the Minerva Project at the US-UK Workshop in Mid-IR to THz Technology and Applications between February 18-19 in Edinburgh, Scotland. He will also present on recent developments in chalcogenide fibers and the challenges this creates in building fused components in the mid-IR range.

The MINERVA (MId- to NEaR infrared spectroscopy for improVed medical diAgnostics) project is funded with €7.3m under the European Commission’s Seventh Framework Programme (FP7-ICT) and runs from November 2012 until October 2016. The total project cost will be €10.6m. 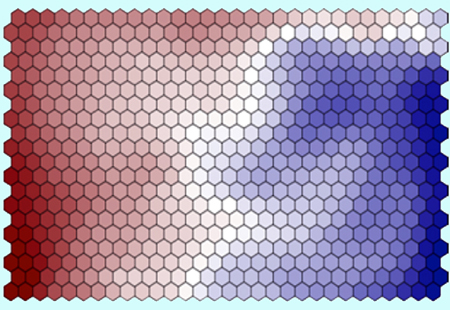 Mid-IR imaging spectroscopy could be effective in early cancer diagnosis.

In recent years, it has become clear that mid-IR imaging spectroscopy has the potential to open a new chapter in bio-medical imaging and offers an effective tool for early cancer diagnosis and improved survival rates. Rather than a search for “cancer marker” absorption peaks, great progress has been made by analyzing the entire bio-molecular mid-IR spectral signature using automated algorithms.

However, the lack of suitable sources, detectors and components has restricted the technology to one of academic interest, based on weak thermal sources, low power lasers or synchrotron research tools. For the first time the photonic technology is in place to develop a new mid-IR technology platform on which entirely novel supercontinuum sources (c. 1000x brighter than thermal sources) covering the whole range from 1.5 to 12μm.

According to Professor Nicholas Stone, Professor of Biomedical Imaging and Biosensing at the University of Exeter’s School of Physics: “The field of vibrational spectroscopy applied to medicine is rapidly advancing and many groups have now demonstrated the capability of mid-infrared imaging to identify subtle disease specific changes in the molecular composition of tissues and cells.

It is hoped that the MINERVA project will take this technique to the next level by enabling it to be utilized much more rapidly, by developing bright IR sources and sensitive detector arrays we expect to be able to capture diagnostic images of unstained tissues and cells in a matter of seconds. In addition clever data analysis methods will allow the image to be superimposed on each other and standard histopathology images of the same sample. The potential for revolutionizing the current methods of clinical diagnosis are huge.”