Metrology segment drives sales growth but orders are down slightly on last year. 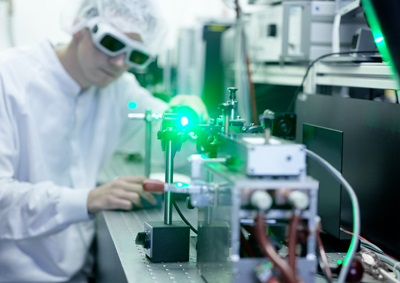 Jenoptik is maintaining its steady path in 2013, and still expects to meet its goal of 5 per cent sales growth on last year – despite a slight weakness in order intake.

The Germany-headquartered optics and metrology company, which has established an increasingly global footprint in recent years, said in its third-quarter financial update that demand from the automotive sector had remained solid, while the key market for semiconductor equipment was showing signs of a long-awaited recovery.

Reaping rewards
“We are reaping the rewards of our clear strategic focus: further internationalization, improvement of internal cost structures and processes and the targeted development of projects with key customers,” said Jenoptik CEO Michael Mertin. “We are on the right path and absolutely sure that we will reach our targets for the overall year 2013.”

For the company’s lasers and optical systems division specifically, sales in the latest quarter grew by more than 10 per cent on last year’s figure to €56 million.

However, the division’s sales in the year so far are slightly weaker than in 2012, with Jenoptik commenting:

“The course of business in the [lasers and optical systems] segment in the first nine months of 2013 was characterized by a continuing reticence to invest in some areas.”

That is, in part, a reflection of the weakness in the semiconductor equipment market witnessed since mid-2012.

Brightening outlook in machine tools and automotive
Despite the rebound in the latest quarter, the lasers and optical systems segment also generated less profit for the wider company overall than last year – reflecting higher spending on both research and development and international distribution.

Looking to the future, Jenoptik cited the expectations of the Association of German Machine Tool Manufacturers (VDW) as a positive indicator for 2014. It is anticipating a surge in demand for machine tools next year, and references a study by leading analyst firm Oxford Economics suggesting that this market will expand by more than 10 per cent to a value of €75 billion.

As well as China, key locations for machine tools are now emerging in Mexico and Russia, where automotive manufacturers are expanding production sites, says the report, while the US is in the midst of what it calls a “re-industrialization”.

In the automotive sector, the bulk of growth is in the so-called “BRIC” economies of Brazil, Russia, India and China, with a study from ratings agency Standard & Poors suggesting far-reaching implications for car makers who will need to invest in new plants in those regions while adapting their vehicles to local requirements.

In addition, Jenoptik cited a report from consultants Ernst & Young suggesting that Chinese car manufacturers are set to make significant investments in Europe.

Seeing a largely stable outlook for the remainder of this year, Jenoptik’s executive board is still expecting to post up to a 5 per cent increase in annual sales on the 2012 figure of €585 million, and deliver earnings before interest and taxes of between €50 million and €50 million.