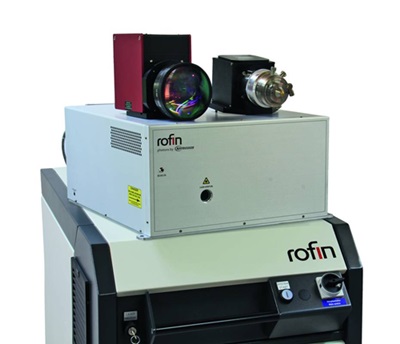 Industrial laser company Rofin-Sinar saw its stock price drop by 10 per cent as traders reacted negatively to news of lower orders and an anticipated dip in revenues.

That was despite an otherwise strong showing in the quarter that ended September 30, for which the company posted sales of $147.6 million – a figure that easily beat Rofin’s most recent guidance.

The quarter brought Rofin’s latest fiscal year to a better-than-expected close, and in those 12 months it delivered a net income of $34.8 million on total sales of $560 million – year-on-year increases of 1 per cent and 4 per cent respectively.

He also warned investors: “This quarter was marked by a lower level of order entry across all geographical regions. August and September order entry was below expectations, mainly due to a lack of bigger volume orders from China and less orders from the medical device industry in North America.”

That last point results from changes to the tax regime for medical devices in the US, while the weaker demand for machine tools in China reflects delays to some major projects across Asia, the CEO said. In all, order entry decreased 10 per cent compared with the closing quarter of fiscal 2012, to $123.5 million.

6kW fiber laser in the pipeline
On the fiber laser front, Rofin is still working to ensure that its new laser diodes have the requisite electro-optical efficiency to power the fiber lasers cost-effectively – something that should become clearer within a couple of weeks when the latest round of tests on its MBE-grown devices are completed.

Otherwise, Braun reported that the development of new 200 W diode modules remained on track, and said that Rofin would launch a 6 kW fiber laser “at the start of next year”.

The incorporation of the new lower-cost laser diode modules should also help to improve Rofin’s profit margins once they are shipping in earnest next year, although how long that situation will last remains to be seen in a market where competition from IPG Photonics is likely to ensure constant pressure on prices.

Looking at the wider picture for 2014, Braun said that he expected the overall market for lasers to show “high single digit” growth, with the fast-growing fiber laser sub-sector and robust demand for solid-state lasers set to outweigh a declining market for carbon dioxide sources.

With the lack of demand visibility in the crucial Chinese machine tool market, Braun and his executive team said that they now expected revenues in the current quarter to fall by some 15 per cent sequentially.

That, combined with a lack of forward financial guidance for next year – Braun indicated that he wanted to wait until first-quarter orders were in before making any bold predictions – appeared to disappoint investors, with Rofin’s stock price falling by around 10 per cent following the announcement.