Publication is one of three new journals being launched by the society. 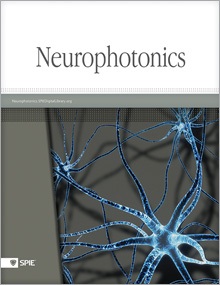 SPIE, the international society for optics and photonics (and publisher of optics.org) is to a launch a new journal focused on novel optical technologies used for imaging and manipulation of brain structure and function.

Neurophotonics will begin appearing next year, and all articles will be freely available during the first year of its publication. David Boas from the Harvard Medical School has been appointed editor-in-chief of the journal.

The launch comes as agencies in both the US and Europe prepare to pour significant sums of funding into researching and understanding the human brain.

In the US, the National Institutes of Health (NIH) Brain Research through Advancing Innovative Neurotechnologies (BRAIN) initiative will aim to map the activity of every neuron in the human brain, while the European Commission’s “human brain initiative” has, alongside graphene, been selected as a flagship research theme extending over the next decade.

Optical technologies and methods are seen as critical when it comes to advances in understanding brain phenomena such as electrical excitability, neuroglial partnership, neurovascular signaling, metabolic activity, and hemodynamics in health and disease.

Boas, director of the optical imaging core and laboratory at the Athinoula A. Martinos Center for Biomedical Imaging at Massachusetts General Hospital, the teaching hospital of Harvard Medical School, said:

“As advanced optical methods are driving a revolution in the neurosciences that will persist for decades to come, I am delighted that SPIE is starting Neurophotonics. The journal will provide a highly visible focal point to facilitate and accelerate the rapidly expanding impact of this discipline.”

Expanding field
It is hoped that the journal will foster greater awareness and interaction among researchers and physicians working in photonics, neuroscience, and clinical communities.

Current SPIE president Bill Arnold commented: “The use of optics and photonics by the scientific and medical community to deepen our understanding of brain function and dysfunction is an exciting development.”

“Photonics is having an incredibly important impact in medicine and health care. SPIE is pleased to focus even more attention on this exciting field with new conference programs on neurophotonics and optogenetics and now a dedicated journal.”

SPIE’s forthcoming Photonics West conference in San Francisco will feature greater coverage of the emerging areas of neurophotonics and optogenetics, while Boas himself is set to present on the topic of functional brain imaging at the popular BiOS Hot Topics event scheduled for February 1.

Interdisciplinary platform
The society's existing Journal of Biomedical Optics has included papers covering neurophotonics since its 1996 launch. But its editor-in-chief, the photoacoustics expert Lihong Wang from Washington University in St. Louis, said that the rapid growth and interest in the field had created a distinct need for a spin-off journal focused solely on the application of photonics technology and techniques in brain research.

“I view Neurophotonics as a companion journal and applaud SPIE’s commitment to the biomedical community,” Wang said. “I also expect this new journal to serve as an interdisciplinary platform for both optical engineers and neuroscientists.”

Typical topics to be covered in the new journal include:

Authors are invited to submit articles to Neurophotonics from 30 November 2013 onwards, with publication slated to begin in early 2014. The journal will be published quarterly, and appear both in print and online in the SPIE Digital Library with each article published online immediately on completion.

Neurophotonics is one of three new journals being launched by SPIE. The others are the Journal of Medical Imaging and a title focused on astronomy instrumentation.

The launches come as SPIE says that its “gold” open access program, launched at the start of 2013, has generated strong participation. Eric Pepper, the society’s director of publications, said that since then the proportion of new articles published in SPIE journals under the scheme has risen from 5 per cent to more than 30 per cent.