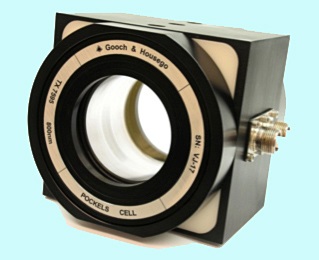 UK-headquartered Gooch & Housego (G&H) has added to its precision optics capability with the £6.6 million cash acquisition of Glenrothes-based Spanoptic.

Founded in 1976, Spanoptic sells a range of components including flats, prisms, and lenses, and also provides a design and manufacturing service for thin-film infrared coatings. In 2012, it made a £1 million pre-tax profit on revenues of £7.7 million.

Other offerings include single-point diamond turning for infrared optics, a magnetorheological finishing process for precision components, and an opto-mechanical sub-assembly service.

Spanoptic, which will continue to operate from its base in Scotland but lose its separate brand identity, is already well-known to G&H as a long-term supplier. It says that the acquired expertise will be highly complementary to existing G&H capability, which is largely focused in the area of planar optics.

The deal is expected to enhance its ability to provide complete sub-systems, while Spanoptic’s capabilities in infrared optics and coatings should be particularly useful in aerospace and defense applications.

The company has been able to establish a mainly European customer base across applications in analytical instrumentation, optical sensing, security, imaging, life sciences and aerospace and defense.

Spanoptic also has what G&H describes as a strategic alliance with a far-eastern manufacturer of precision optics, opto-mechanics and instrumentation. That deal, which G&H says will be maintained under its ownership, has enabled Spanoptic to widen its range of products and services.

Diversifying
The acquisition comes after G&H said in its trading update for the year ended September 30 that its profit would be in line with expectations, despite ongoing uncertainty affecting the defense and aerospace sector in particular.

The G&H order book stood at £27.8 million at the end of the year – 12 percent higher than at its start - as the company looked to diversify its business.

CEO Gareth Jones said in a statement: “Despite what at times have been challenging market conditions, Gooch & Housego has traded in line with expectations whilst investing in and implementing several significant initiatives that will underpin long term growth.”

That diversification has been reflected by renewed activity in sub-sea communications, and by following the rapid adoption of fiber sources in the industrial laser sector, where G&H says it is now a major supplier.

During the year, G&H also made a strategic move to develop subsystems-level products, and is aiming this initiative at the life sciences sector. It sees emerging opportunities in laser surgery and the potential to grow its established presence in optical coherence tomography (OCT).

Last week, the company said that the first samples of its new motorized optical delay line for OCT applications would begin to ship by the end of the month. The subsystem plays a critical role in OCT instruments, allowing the interferometer path length to be scanned through the coherence point, thus enabling image formation.

G&H is scheduled to announce its preliminary full-year results on December 3.