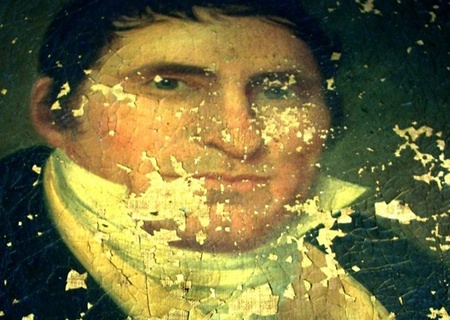 Holographic monitoring of deterioration of works of art.

A technology relying on holography, that involves measuring mechanical deformations, as signature of artworks has previously been developed to address the protection of cultural heritage. This technology has found applications in art conservation. It was adopted for the follow-on cultural heritage EU-funded project SYDDARTA.

The project aims to develop a prototype instrument for monitoring the deterioration of works of art and other heritage artefacts. It relies on an optical technique by which hyper-spectral images are acquired while simultaneously scanning the 3D profile of the object.

The original technology stems from Multiencode, a research project funded by EU, involving the National Gallery of Athens and the Tate Gallery, London, UK. Completed in 2008, it led to the development of a hybrid portable device called the Impact Detection System. This device works by relying on coherent laser metrology principle.

It can trace impacts such as aging, effect of exposure to the environment, restorations, and transportation. It can therefore identify an original artwork by retrieving and recording their characteristics.

"Once the hybrid system and recording technique has been developed, a campaign of measurement with a large series of icons and canvases, before and after accelerated ageing procedures, was carried out to establish a standardised protocol for insuring consistent and comparative results between different users," explains Vivi Tornari, a researcher at the Foundation for Research and Technology Hellas – Institute of Electronic Structure and Laser, in Heraklion, Greece, who is also project coordinator.

However, the technology is not available in the public domain yet. Tornari comments,"The standardised protocol termed Impact Assessment Procedure and the optical geometry of the system have not been published in order to keep the opportunity for patents and safeguard intellectual property rights. We are now interested in upgrading the prototype to commercialise it or to provide improved services to the artwork sector."

The technology is suitable for use in museums and could be a valuable tool for a conservation. Eleni Kouloumpi, a researcher at the laboratory of physicochemical research at the National Gallery - Alex Soutzos Museum in Athens, adds, "It can provide information on past and future damages and even enlighten us on how successful a previous conservation operation was. However, it has to be operated by conservation scientists who have expertise in material behaviour in order to be able to correctly interpret the information received."

Bill Wei, a senior conservation scientist at the Netherlands Institute for Cultural Heritage in Amsterdam, says, "This technology might be useful for large art objects, helping conservators look for damage which they otherwise would have to spend a long time looking for by eye."

But Wei believes that the technology may not be as good for crack growth and paint loss on the order of a few millimetres or less, or even sub-surface cracking in sensitive objects, which already show a lot of surface cracking.

The technology has also found application in the aeronautics sector through another EU-funded project called FANTOM. It consists in developing a holographic technique for measuring mechanical deformations that can be envisaged as the signature of artworks.

"In FANTOM, we use a different laser [in the infrared spectrum] than in Multiencode [in the visible spectrum]. FANTOM’s infrared holography allows larger deformation to be measured," says Marc Georges, head of the laser and non-destructive testing lab, at the Spatial Centre of Liège, Belgium. This finds applications in aerospace for testing large aircraft parts and in detecting defects.