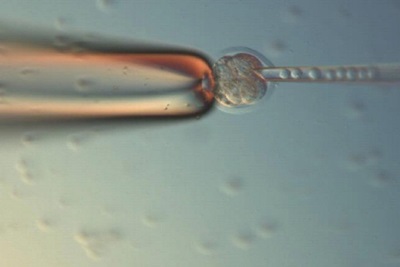 Work on the Ministry of Education and Research (BMBF)-backed “Ultrasensitive Verification and Manipulation of Cells and/or Tissue and their molecular Substances” started in July and will receive €4.1 million over the course of three years.

Central to the project is a technique known as scanning laser optical tomography (SLOT), developed and patented by Laser Zentrum Hannover, while other project partners with optics expertise include the advanced microscopy specialist LaVision BioTec and lens maker Sill Optics.

The SLOT technique is used to monitor cell cultures consisting of so-called pluripotent stem cells (hPSC). Once isolated from an embryo, these cells have the ability to turn into virtually any cell type.

In the new “TOMOSphere” project, SLOT will, for the first time, be used to monitor quantitatively the absolute number of cells in cultured, endogenous groups. The results are expected improve understanding of the physiology of hPSC and other stem cells, as well continuous control of their characteristics.

Light combination
LZH scientists have previously used SLOT to generate optical images similar to those produced by a familiar X-ray computed tomography (CT) scanner. Having already created detailed images of a rodent’s lung, they are also working to develop the technology for human use.

The technique is able to simultaneously record transmitted, scattered and fluorescent light, generating high-resolution, three-dimensional images. In a separate project, LZH and collaborators are working to speed up the image generation process to make SLOT more practically useful.

For the stem cell application, SLOT enables cell biologists to classify and then sort the aggregates into specific cell types.

The BMBF-funded project is working on an incubation system where SLOT will provide marker-free identification of intrinsic cell and tissue-specific characteristics. It also enables monitoring of the fluctuation of critical biological species, for example calcium ions, as well as imaging different types of micro- and nanoparticles in cell aggregates.

SLOT works by scanning cell aggregates inside a cuvette with a narrow beam. A projection image for each scanning position is generated from a combination of scattered, transmitted and fluorescent light that is collected.

Multiple projections are recorded as the sample is turned, before a back-projection algorithm creates a 3-D data set. Computerized “slices” of data similar to the CT scan can be generated in this way, provided that the sample is sufficiently transparent.

It is hoped that SLOT will provide control for much larger-scale production of pluripotent stem cells than is currently possible. Those cells could then be used in regenerative medicine, in vitro modeling of human diseases, and to help develop new therapies or pharmacologically active substances.