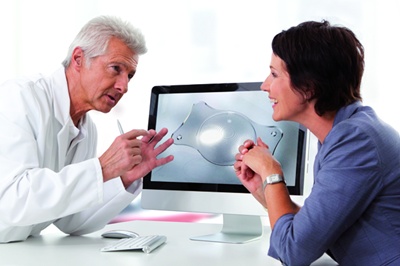 Carl Zeiss Meditec has reported solid growth in both sales and profit for the first nine months of its 2011/2012 financial year, helped by some new product launches for vision correction and particularly strong demand for neurosurgical microscopes.

The Germany-based company, which is a subsidiary of the Carl Zeiss optics empire, posted a 13.6% year-on-year rise in sales to €630.8 million in the year so far, with earnings before interest and taxes (EBIT) also up strongly at €88.6 million.

CEO Ludwin Monz hailed the financial performance, confirming that the company would hit its sales forecast for the full year.

“In spite of an increasingly difficult situation in the global economy, we achieved a solid result, with double-digit revenue growth, and stick firmly to our revenue forecast for the year as a whole,” he said.

Monz added that the company had seen growth across each of its three business units and in all major geographic regions. The Americas region grew strongest in the reported period, up by 14.1% on last year, thanks to what Meditec described as “persistently strong demand from the US and good contributions from Latin America”.

The CEO also pointed out that despite macroeconomic worries in Europe the region grew strongly, thanks largely to robust demand from customers in Russia and Germany.

Of the company’s three business units, microsurgery grew strongest, with sales up by more than 21% year-over-year to $284.7 million. That helped it overtake ophthalmic systems as the company’s largest revenue generator, with neurosurgical microscopes said to be in particularly strong demand.

New refractive laser surgery equipment, in the form of the “ReLEx Smile” system, has also become an important revenue driver this year, and is one of the major reasons behind a 6.1% rate of sales growth in the company’s ophthalmic systems business unit.

Now into its closing financial quarter of the year, the company expects to post total revenues for 2011/2012 of between €830 million and €860 million. With a view to the future, the firm has also increased its already high level of spending on research and development. In the nine months of the financial year so far, the company has spent €67.5 million on R&D – equivalent to nearly 11% of sales.