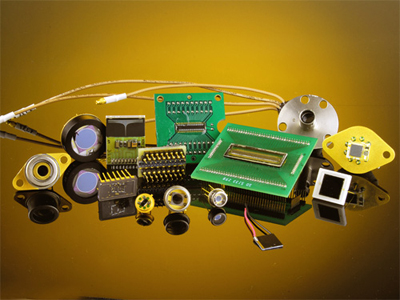 Advanced Photonix has this week announced that it has received the first orders for its T-Gauge industrial terahertz gauging system from its value-added reseller, Thermo Fisher Scientific. The systems are scheduled to be delivered late in second quarter of this fiscal year.

The T-Gauge measurement systems will be utilized for quality control of multilayer commercial industrial products. The system will measure the layers and provide feedback for adjusting the amount of material to ensure the quality of the product and reduce material costs. Advanced Photonix says that the advantage of the T- Gauge system is that it can measure the layers directly in real-time and closer to the source than other technologies, "making a bigger impact on the manufacturing processes".

The T-Gauge system is designed to be deployed on the industrial factory floor for process and quality control applications requiring non-contact measuring of physical properties such as; multiple layer thickness measurements, density, contamination by foreign substances, sub-surface defects within a product and moisture analysis. The T-Gauge is non-nuclear and operates at speeds that make it ideal for web processing and converting solutions. The system can be used on-line or off-line to help manufacturers to improve quality and reduce costs by collecting more information and tightening tolerances than previously available.

"This marks the first sale of our new T-Gauge measurement system for deployment on the factory floor and our continued penetration into the industrial market with our world leading terahertz instrumentation. This is an exciting time for us and our partners as we are beginning to see real traction in the market," commented Richard Kurtz, President and CEO.

Net sales for the fourth quarter were $6.5 million, a decrease of $1.4 million (or 17% from the previous year’s equivalent quarter). Sequentially, revenues were flat relative to Q3 of fiscal 2012. Net sales for the fiscal year 2012 were $29.5 million, (up 2% over the previous year). The increase was led by the telecommunication, homeland security and medical markets.

Gross profit margin for Q4 2012 was 34.2% of sales (compared to 43.9% for Q4, 2011). Price pressures in Advanced Photonix’s high-speed optical receiver (HSOR) product line prior to cost reduction efforts and lower volumes affected the rate and gross margin dollars. Gross profit margin for the fiscal year 2012 was 40% relative to 43% in the prior year. 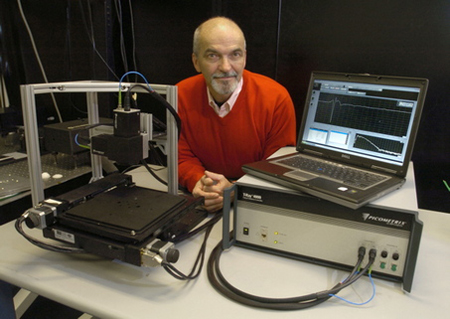 Thailand flood impactKurtz added, "The two major natural disasters in Japan and Thailand had a significant effect on our results this last year slowing our growth to 2%. The tsunami in Japan limited our supply from a key vendor, which restricted our first half growth on our 100G HSOR products.

He continued, “The flooding in Thailand did not impact our supply chain directly but did severely impact our customers which resulted in a drop in our telecommunication revenues in the last half of fiscal 2012. We see increasing signs of significant pent up demand in the telecommunications market and increasing adoption of our T-Ray products that lead us to believe that revenues in the second half of our fiscal 2013 should be approximately 35% higher than the first half, assuming our supply chain can respond accordingly. This coming year we look forward to a more normal business environment and continued growth."