Cooperation between research centers and small companies will enhance expertise in North-West Europe. 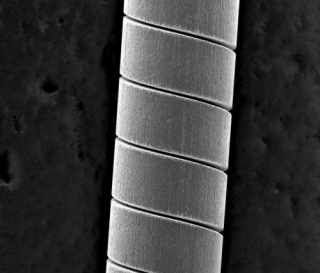 The rapid development and wider adoption of laser micromachining technology in North-West Europe is the focus of a new EU-supported initiative aimed particularly at small and medium-sized enterprises (SMEs).

The Eco-Laserfact initiative, so named for its wish to promote Eco-efficient Laser technology for Factories of the future, is being funded under the EU's Interreg IVB NWE framework. It aims to facilitate knowledge transfer in the sector, allowing SMEs to innovate more freely and develop improved laser-based processes.

"The project has two main objectives," commented Stefan Dimov of the University of Birmingham. "To federate research performers in the region, ie. R&D centers and universities that are involved in laser manufacturing research and development. And to facilitate technology transfer from those research performers to regional SMEs, promoting eco-friendly and cost effective laser manufacturing processes. This approach is expected to stimulate greater entrepreneurship and allow the translation of innovation and knowledge into fully marketable products, processes and services."

In its initial stages the project will set about mapping the knowledge of the region's researchers, to facilitate the exchange of personnel and joint training. A website will provide a database of information allowing feasibility proofs of different applications, as well as promoting cooperation and networking between organizations.

Eco-Laserfact will also launch and manage several pilot projects, to produce prototypes and demonstrators based on the network's expertise, and intends to create transnational standards for industrialization. An analysis of the market for high-precision laser manufacturing, including cost analysis and quality assessments, will be made.

"The presence of a single pervasive network on laser manufacturing equipment and related technologies will strengthen the economic competitiveness of companies and increase environmental sustainability," said Dimov. "It will also achieve a stronger territorial balance by reducing regional disparities, reflecting the aim of the EU Cohesion Policy. Currently, we are in the process of recruiting people to work on the project and talking to partner companies about specific collaboration programs."

The founding partners are drawn from four countries:
From Belgium: Multitel; Sirris; the Wallonia Photonic Cluster; and Vito, the Flemish Institute for Technological Research.
Germany: Karlsruhe Institute of Technology and the Bavarian Laser Centre.
France: Irépa Laser and EPIC, the European photonics industry consortium.
UK: The University of Cardiff and the University of Birmingham.

Funding instruments
Eco-Laserfact has been created under the EU's Interreg IVB NWE framework, a funding instrument distinct from both the European Commission's FP7 and the Competitiveness and Innovation programs.

Drawn instead from the Commission's designated pool of Structural Funds, Interreg is intended to possess a clear territorial dimension, facilitating the creation of partnerships with actors from different countries. Commission documents indicate that Interreg funding targets public organizations and their equivalents, but that involvement of SMEs is also possible; Eco-Laserfact proves that this is indeed the case.

Under the framework's terms, North-West Europe is a cooperation zone of eight countries: France; Belgium; Netherlands; Luxembourg; Germany; United Kingdom; Ireland; and Switzerland. The framework's available funding, allocated by the European Regional Development Fund, was set at €355 million for the period 2007-2013.