Vendors of aesthetic laser systems saw growth in the first quarter of the year, but net profits were harder to come by. 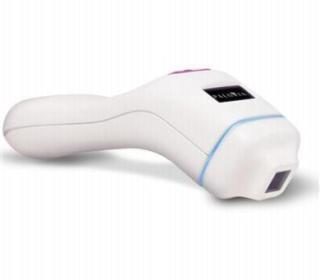 A group of suppliers in the aesthetic and biophotonics space have reported financial results for the first quarter of 2012, providing a snapshot of the sector's health and the effects of recent acquisitions. All saw healthy revenues, although not always by enough to move them into profit.

• Palomar Medical revenues increased for the tenth consecutive quarter year-on-year, rising 5 percent to $19 million. But the company still slipped slightly further into the red, reporting a net loss of $2.3 million for the quarter, compared to a $1.9 million loss for the equivalent quarter of 2011. Its balance sheet indicated that it now had slightly over $100 million held in cash and investments.

Joesph Caruso, CEO of the Massachusetts-based supplier of cosmetic laser systems, said that the company's intended strategy of selling home-use devices directly to consumers was continuing on course, and its focus was now on reducing costs for its professional products.

"We have leveraged many of our consumer products technologies and manufacturing processes to substantially reduce costs and enable us to offer an entry level professional system at a very attractive price," he commented. "This is intended to expand our customer base and allow us to cross-sell our full line of professional laser and light-based aesthetic systems."

• Cynosure, also based in Massachusetts and a vendor of lasers for aesthetic treatments such as skin rejuvenation and scar reduction, saw revenues rise on stronger demand in both North America and international markets.

"Our North American laser business led a strong performance in the first quarter, as total revenues increased 56 percent year-on-year," CEO Michael Davin told analysts. "Laser revenue in North America was up more than 90 percent, and international laser revenue also performed well with a 53 percent increase in the first quarter of 2012 over the same period in 2011, primarily attributable to our expanded product offerings from acquisitions."

• A rise in year-on-year revenues of 23 percent to $32.5 million helped boost the quarterly results from Solta Medical, although charges related to the November 2011 acquisition of Liposonix pushed the company further into the red overall.

Solta posted a net loss of $8.8 million for Q1 2012, compared to the $1 million loss posted a year ago. But the quarter's results included a $4.7 million charge for a reassessment of payments associated with the acquisition of Liposonix in November 2011, along with $2.1 million of non-cash amortization and other acquisition related charges, and $1.1 million of non-cash stock-based compensation charges.

"The acceptance and feedback from physicians and their patients on the second generation Liposonix fat reduction procedure continues to be very positive," said CEO Stephen Fanning. "In the first quarter, much of our sales and marketing efforts were devoted to the launch of Liposonix, especially in North America, and we achieved a stronger than expected start. Going forward we are enhancing our focus to promote sales growth across all our product lines while we build on the market momentum for Liposonix."

• Iridex, whose sale of its aesthetic laser interests to Cutera in January 2012 leaves the California-based company free to concentrate on the ophthalmology and otolaryngology market, also saw solid revenue figures, but a net profit of $0.2 million for Q1 2011 become a net loss of $0.3 million for the past quarter.

Revenues from ophthalmology were largely consistent: $8.3 million in the first quarter of 2012, up from $8.2 million in the prior year period although down sequentially from $8.6 million in the fourth quarter of 2011. As anticipated, margins and costs in Q1 2012 were impacted by the sale of the aesthetics business and related organizational changes, as well as increased spending on new marketing and product development initiatives.

"While commercial traction from our new initiatives will likely show increasingly positive results in the second half of the year, we had a solid first quarter especially in terms of our efforts in the glaucoma market," commented CEO Dominik Beck to analysts. "I believe there are a number of very promising trends in the ophthalmic space, and that these trends can be turned into substantial growth opportunities for Iridex and allow us to grow faster than our historical rates. We are uniquely positioned as the only US public company with an exclusive focus on the large and growing retinal disease and glaucoma markets to capitalize on those opportunities." 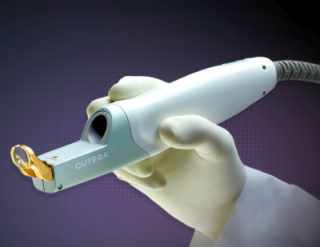 • Cutera itself was able to report quarterly revenue growth of 35 percent year-on-year, from $11.6 million to $15.7 million. But it too faced net losses, which slipped from $3.8 million in Q1 2011 to $5.2 million for the recent quarter, partly due to the reorganization caused by acquiring assets from Iridex.

CEO Kevin Connors praised "our fourth consecutive quarter of year-on-year revenue growth in excess of 22 percent, compared to the same period one year ago. We are pleased that we have been able to integrate the Iridex aesthetic asset acquisition into our business as planned. Our second quarter 2012 will reflect a full quarter's operating performance from this acquisition and we expect it to contribute incremental profits."

• PhotoMedex, the Pennsylvania-based developer of lasers for the dermatology market, reported net profits to accompany increased revenues, although here too the comparative figures were affected by a business reorganization. In July 2011 Photomedex agreed a merger with Radiancy, a supplier of direct-to-consumer dermatological products based in Orangeburg, New York, in which Radiancy became a majority owned subsidiary of PhotoMedex.

Partly as a result, the company's revenues for Q1 2012 rose by 45 percent year-on-year and 75 percent sequentially, to $50.3 million, of which $7.1 million came from pre-merged Photomedex. Net income for the first quarter was $4.9 million, down from the $8.1 million posted for the corresponding quarter of 2011. The company reported that it now had $23.5 million in cash and equivalents.

"Led by a 26 percent increase in consumer sales, the first quarter marks the third year of quarter-over-quarter double-digit revenue growth, an accomplishment we are very proud to note and one we expect to continue," commented Dolev Rafaeli, PhotoMedex CEO.