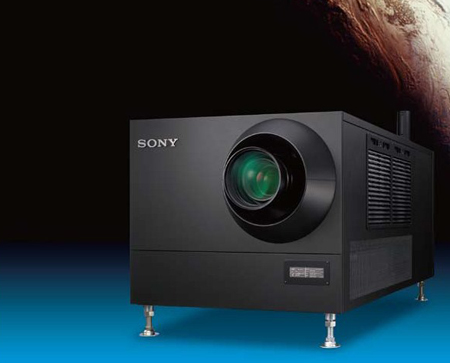 Bill Beck, founder and EVP of Business Development for LLE commented, "We gave an update to the NAB Digital Cinema community with both a tutorial and a live demonstration of laser 3D on a silver screen in conjunction with Sony. Since its founding, LLE has been committed to laser-driven light sources that will exceed the requirements of digital cinema."

LLE claims it was the first player to achieve "full laser despeckling" on a white screen in 2010, but with the rapid proliferation of 3D, and other advancements that were discussed at this year's symposium, the company felt it had to develop additional technology to meet more challenging requirements.

John O'Hara, LLE's President and CEO added, "With this demonstration, LLE has shown that we hold all the technology required to provide RGB laser engines that achieve, fully despeckled, high brightness 3D, on a silver screen. In the near future, LLE products will enable exceptional image quality and dramatically reduced total cost of ownership."

Gary Johns, SVP of Digital Cinema Solutions, Sony Electronics, Inc., commented, "We are pleased to present this groundbreaking demonstration in partnership with Laser Light Engines, which is a pioneer and leader in the field of advanced, laser illumination systems."

Laser Light Engines, based in Salem, NH, develops, manufactures and markets high performance, laser-driven illumination modules and engines for high brightness, performance projection, display and lighting applications worldwide. A pioneer in the field, LLE was the first to demonstrate full despeckling on both white and silver screens.