Revenues from professional customers grow alongside a move towards direct consumer sales. 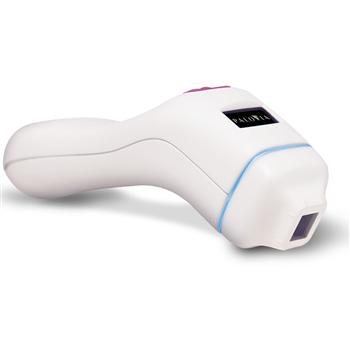 Fourth-quarter and full-year results for 2011 from Palomar Medical Technologies, Massachusetts, showed increased revenues from professional customers for its cosmetic lasers and light-based aesthetic systems, as well as the continuing development of a strategy for selling home-use devices directly to consumers.

The figures were also assisted by the settlement of Palomar's patent dispute with Syneron and Candela, which led to Palomar receiving $31 million in cash, along with the creation of a new royalty agreement.

Revenues for Q4 2011 were up by 40 percent year-on-year to $23 million, of which $13.4 million came from professional buyers. A net loss of $1.9 million for the quarter represented an improvement compared to the $2.6 million loss for the equivalent quarter of 2010.

Full-year revenues for 2011 reached $103.4 million, which includes $29.8 million in royalty revenues as a result of the patent litigation settlement with Candela and Syneron.

"The trend in our business is positive, with signs of improvement on many fronts," Palomar CEO Joseph Caruso told analysts. "This year we continued to execute our strategy of addressing the professional light-based aesthetic market while also driving our technology direct to consumers, and capitalizing on the value of our patent portfolio."

That was a reference to the resolution of the long-running dispute between Palomar and Israel-based Syneron, which was settled out-of-court in September 2011. "We continue to enforce our patents against infringements, a strategy that has generated over $127 million to date," commented Caruso. "The total settlement with Syneron and Candela was for around $31 million, netting Palomar $26 million in cash. The win validates our outstanding patent position and IP strategy. We have one ongoing enforcement action, against Tria Beauty, that could go to trial before the end of this year."

An untapped market
Palomar's PaloVia skin-renewing laser system, targeted directly at consumers and available in the US since early 2011, is the standard bearer for the company's belief that using light-based aesthetic treatments in the home rather than at the clinic will soon become the norm.

"The long-term growth of the home-based market will be driven by increased consumer awareness and better access to technology," said Caruso. "During 2011 we have accumulated valuable learning in this virtually untapped market, the type of knowledge and experience that can only be gathered through real-time and real-life market experience. This feedback has already been a factor in our future ideas for market expansion and future products. Our goal is not to run as fast as we can at this stage, but to gain the experience and knowledge needed to make this strategy an important addition to our future growth."

Palomar opened two European direct sales offices, in Germany and Spain, during the year, and Caruso indicated that a build-up of the company's international presence is now on the agenda.

"We have a long term plan for expansion outside the US, which includes an additional presence in both the European market and the Far East as well as some additional work in the South American market," he said. "Palomar can do a lot more outside the US than is now the case, and we are currently making the right investments in the right key areas."